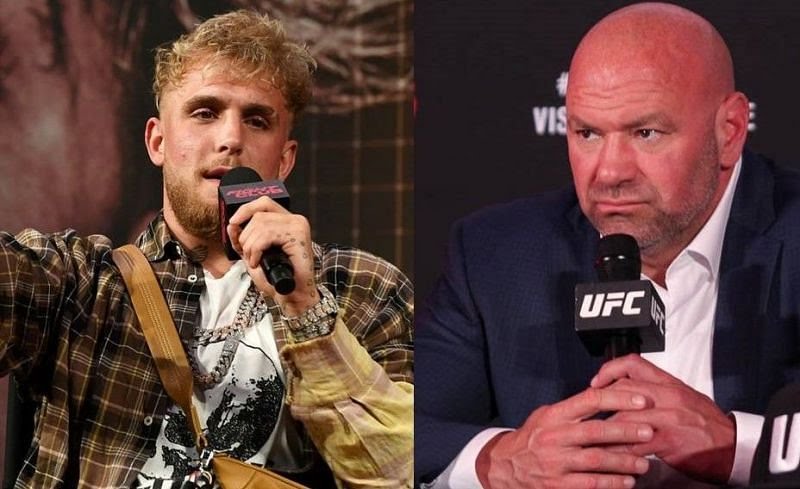 In his entire life this is the first time Logan Paul AKA Problem Child making sense in his talking.
speaking to showtime Paul Said”It’s like music labels they get locked under a contract and then they dont know what to do. So F*ck That Sh*t & F*ck Dana White”
He talks about making a movement of moving forward that is  gonna show that fighters should be getting paid more.
Jake Said “It’s Unfair, That UFC Fighters Dont Have Fair Pay. out of all of the sports the amount of percentage the owner gets Vs the athleats gets they (UFC) are at the lowest.”
Jake paul has also given his thoughts on francis ngannou Vs Jon Jones situation, Paul Said “francis ngannou Vs Jon Jones that fight should happen Dana white pay them 10M, He (Dana white) is taking their money, they are the one who makes content and they are the one who risk their life”
Jake paul reacts to chris weidman’s broken leg and his situation.
Paul Said”Chris weidman goes in snaps his leg in half. whats that look like? he may not be able to fight & not be able to provide food to his family. these fighters are risking their life you can quite literally die in that ring & thats why they need to be compensated more”

Retired MMA & UFC fighter JIMI MANUWA sharing this post show’s us that somewhere in back of their mind all UFC fighters feels like they need to get paid more.
at the same time remember UFC is the highest paying organisation in all of MMA sport.