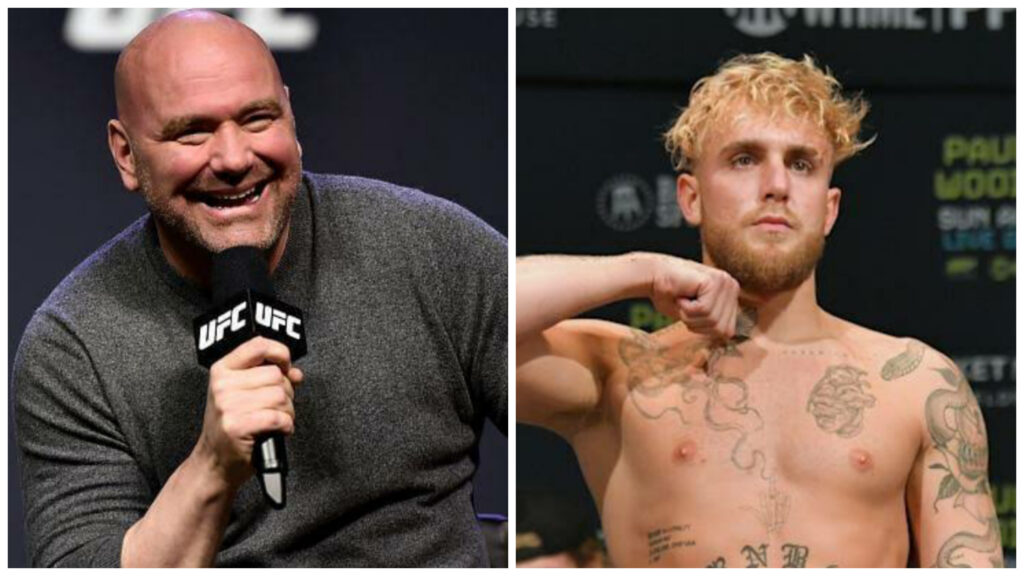 Paul recently talked freely about his feud with UFC president Dana White. Paul shared how Dana White started this feud, and now he is getting hit back hard.

Speaking to big nose Ariel Helwani, Jake Paul expressed his thoughts on why he made a diss track. He said,”First and foremost, it was needed, You know, and people seem to forget that Dana White started harassing me and talking about me before I got started going at him.”

“He was saying my fights are fixed, and I am not fighting people in my weight class and basically criticizing me, saying that I am not a real fighter.”

“So that’s really where the drama started in one of his post-fight press conferences, and from that moment, the feud has just got bigger and bigger and bigger, and I’ve got increasingly more involved in the fight game and passionate about fighter pay, and I said it a while ago, yo there’s need to be a fighter union, and I am trying to there’s a saying Coup D’état It’s basically like overthrow the government or authoritative figure.”

Jake Paul believes he is trying to make a revolution Coup D’état against Dana White. Jake wants UFC and Dana White to pay everyone fairly and provide good healthcare to every fighter.

“I am trying to spark the Coup D’état; I want to be one of the players involved in the making changes and showing how mistreated fighters are both in boxing and the MMA side. It’s just Dana White seems to be the most prominent and most malicious person in the space and biggest culprit.”

Jake also believes that many fighters feel the same way, but they just can not speak against Dana and UFC.

“Because of our feud, I’m going after him. Everyone feels the same way. I know all the fighters feel the same way; Francis Ngannou like it’s just absurd with what he is doing, like getting paid 600K meanwhile boxers are getting paid 30 million, 10 million, So I am trying to spark a revolution.”