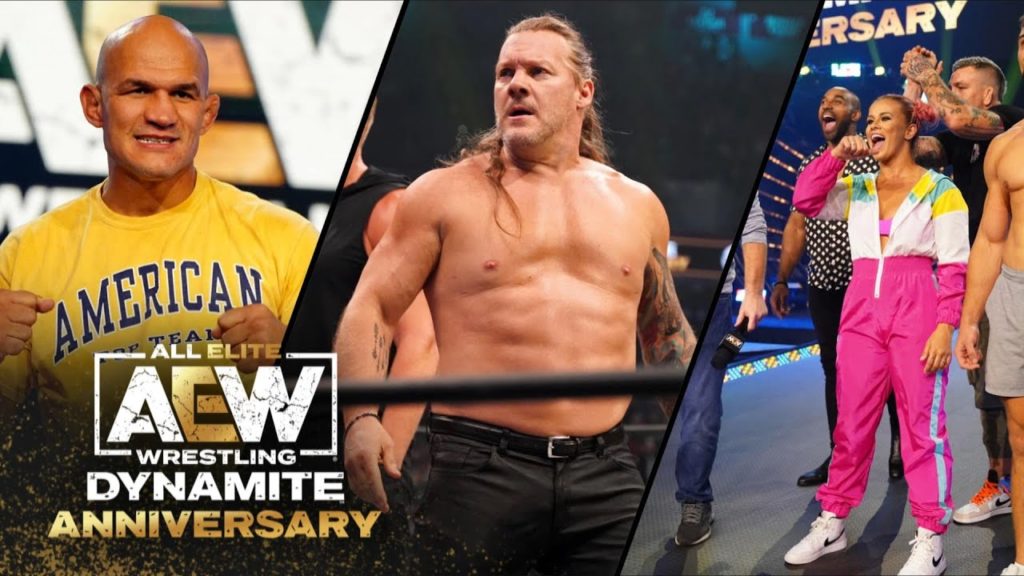 What an event from AEW, like the name it was absolutely Rampage & delivered the hype.

Former UFC Heavyweight champ Junior Dos Santos has made his move to the professional wrestling with AEW.

JDS was part of American to team along with The Men of the Year — Ethan Page and Scorpio Sky. They were led in the ring by MMA superstars Jorge Masvidal, Dan Lambert and Paige Van Zant.

At the end of the fight JDS take Hager out of the ring and slam him face-first outside the ring apron. then Hager picks JDS up like he’s nothing. Hager escapes and he hoists JDS up and slam him through a table with big powerful slam.

Meanwhile in the ring, we see Chris Jericho and Sky still fighting & fans breaking out with “This is awesome” chant.

Chris Jericho manages to get Sky in his signature finishing move, the Walls of Jericho.

At same time when we see Sky is going down, Paige Van Zant jumps the rail to provide some distraction to referee.

While distraction, the ref doesn’t see as Masvidal hits the ring and blasts Jericho with his iconic running flying knee. Sky then pins him for the win.