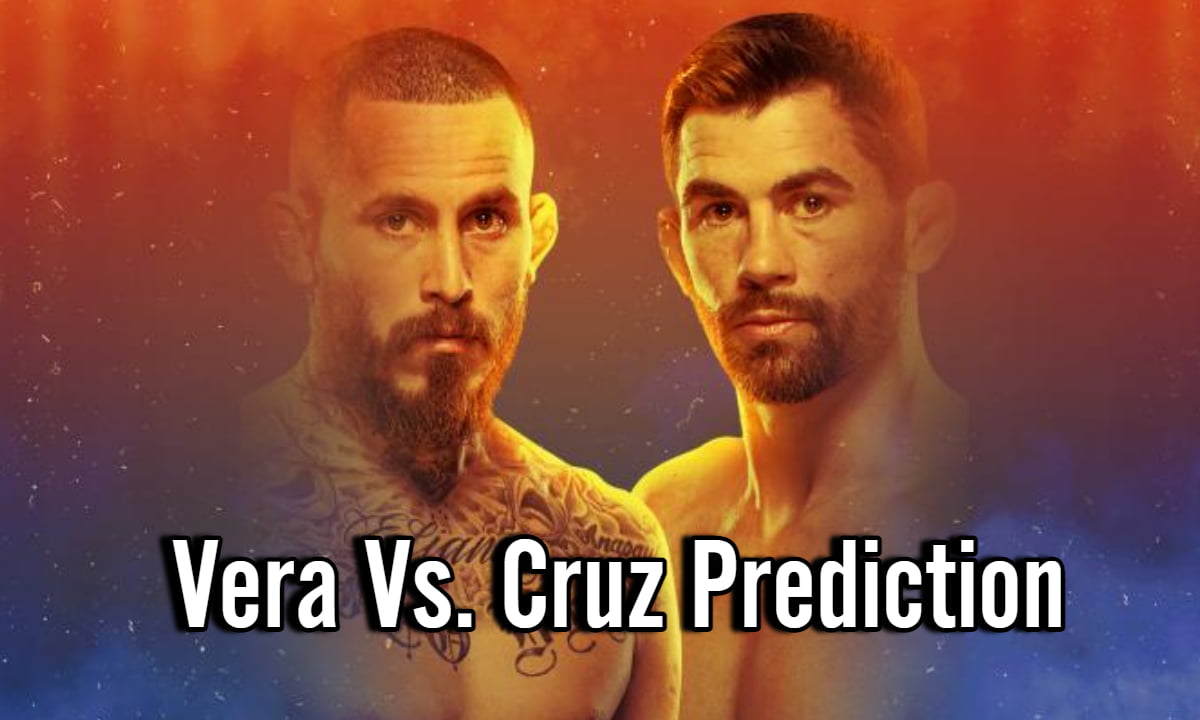 This weekend, two of the best bantamweights in Dominick Cruz & Marlon Vera are set to collide at Pechanga Arena in San Diego. In this article, we will be discussing who will get his hands raise at UFC on ESPN 41.

Statistically, I would say Dominick Cruz has the advantage. especially his experience of fighting top fighters might give him a little edge over Vera.

But the problem is Marlon Vera has momentum with him, he has won all of his last three fights where he defeated top bantamweights like Davey Grant, Frankie Edgar & Rob Font.

Marlon Vera (19-7-1) is a more aggressive fighter here and has 51% striking accuracy but the problem for him is Dominick Cruz’s orthodox movement. will Vera land more significant shots on Cruz or Cruz hit him from different angles?

I think Cruz’s orthodox movement makes it hard for Vera to find a target so we predict Dominick Cruz to get decision victory as Vera is much tougher to get knocked down.

We are predicting Dominick Cruz to defeat Marlon Vera by unanimous or split decision.

We are predicting David Onama to defeat Nate Landwehr by KO/TKO.

We are predicting Nina Nunes to defeat Cynthia Calvillo by the judge’s decision.

We are predicting Bruno Silva to defeat Gerald Meerschaert by the KO/TKO.