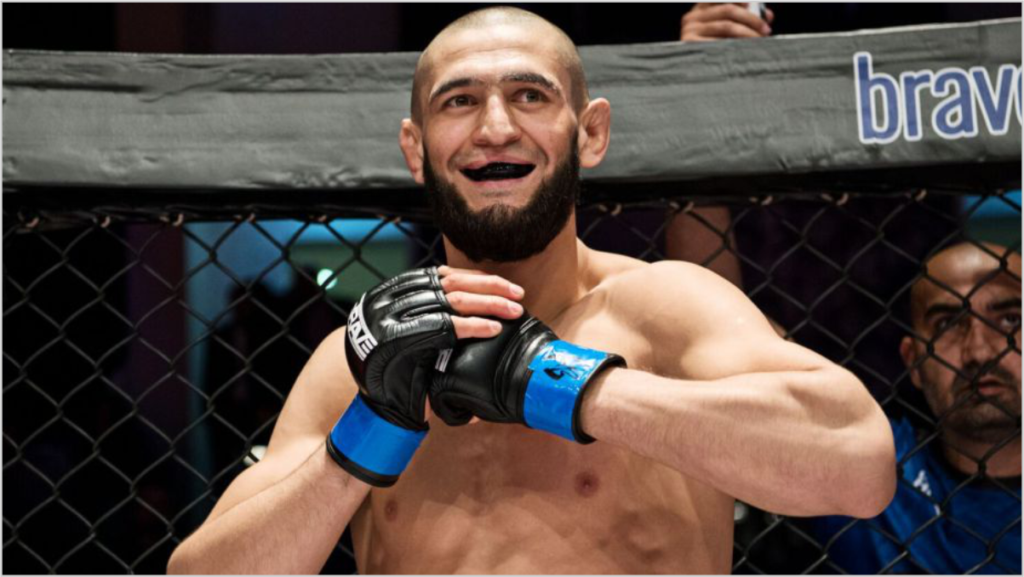 Khamzat Chimaev is currently ranked number 11nth in the UFCs welterweight division, and is currently looking to crack the top spot in the division.

As per sources Khamzat Chimaev Vs. Neil Magny is the current bout UFC is working to finalize, and the bout may co-headline UFC 271 or UFC 272. However, this bout is not yet officially announced, but it’s just a matter of time till they announce it.

Khamzat is undoubtedly one of the most exciting fighters in the UFC Welterweight division. Many people, including UFC president Dana White, want to see him getting the next title shot against Kamaru Usman.

When will be Khamzat Chimaev’s next fight?

As per sources, UFC is targeting to put Khamzat Chimaev on UFC 271 card; most probably, he will be co-headline the PPV card.

Other than Neil Magny, there are plenty of options for him, But most of them are not interested or doesn’t want to take the risk of fighting Khamzat Chimaev.

Belal’s recent win over Stephen Thompson has opened his doors to big-money fights, including the one against Khamzat Chimaev.

Chimaev wants to fight top guys then this is the right fight for him. Also, Belal has shown interest in this fight.

We believe Masvidal will be his biggest test so far in his MMA career, and it will also answer the questions behind the hype of Khamzat Chimaev.

Stylistically this fight sounds great; Gilbert was a world jiu-jitsu champion and still actively competing in the tournament, so it would be a great ground battle, and fans would definitely tune in to watch this.

Gilbert is currently ranked number two guy in the welterweight division and has also shown interest in fighting Khamzat.

However, According to Khamzat, the fight is not booked because UFC has not yet sent him the contract.

We know Khamzat will be too much for Nate Diaz, but still, this fight is one of the biggest draws and that’s why UFC was trying hard to get it done.

From Diaz’s fan perspective, it’s definitely not the fight that they would like to see.

When is the khamzat chimaev next fight ?

Khamzat Chimaev next fight is said to be at UFC 271, and most probably, it will be co-headlining the card.

Who is the next opponent of Khamzat Chimaev?

Khamzat Chimaev’s next opponent is rumoured to be Neil Magny, Jorge Masvidal or Belal Muhammad.

What is the current MMA record of Khamzat Chimaev?

10-0-0 is the current MMA record of Khamzat Chimaev.

What is the weight class of Khamzat Chimaev?