Home » Nate Diaz reacts on Charles Oliveira and his next fight

Nate Diaz reacts on Charles Oliveira and his next fight 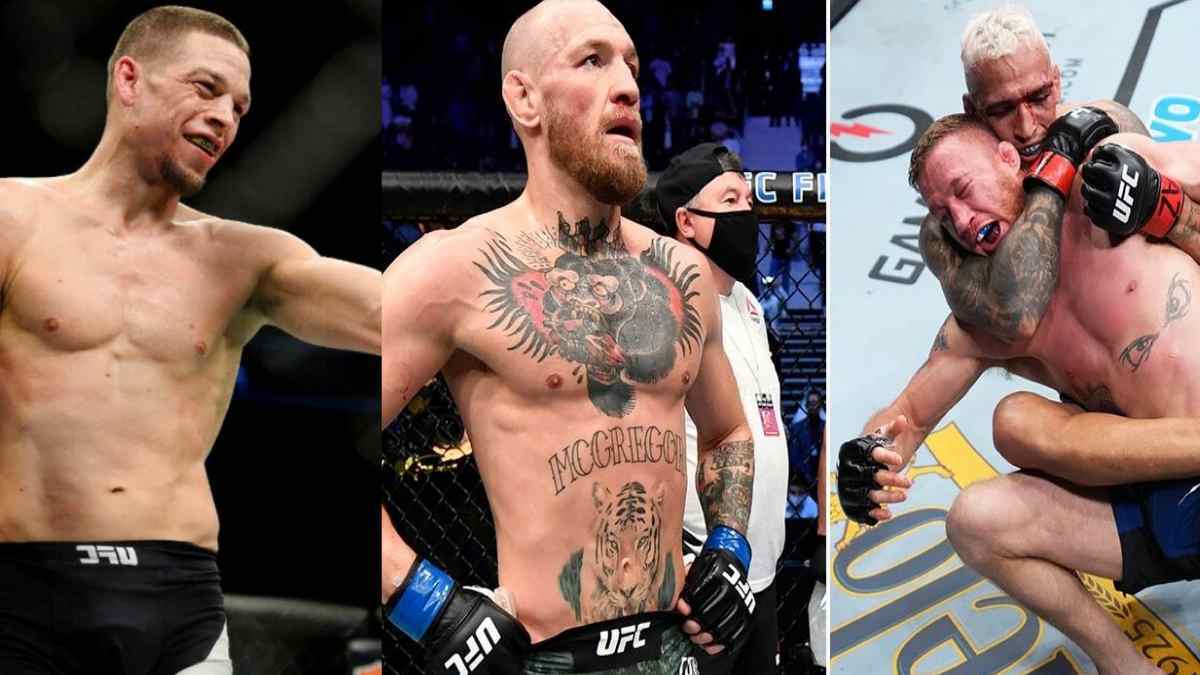 Nate Diaz has reacted to Charles Oliveira’s submission skills and given date for his potential next bout.

Nate Diaz is always known for his savage reactions, Whether showing middle fingers to his opponents inside octagon or light joint in an running press conference.

He took it to the twitter to savagely make fun of Oliveira’s ju-jitsu hype. He wrote “Just for the record I’d choke olivera Easy.”

There is no doubt about Diaz Brother’s Ju-Jitsu skills but this tweet was more of intended to poke fun of Oliveira’s fun.

Diaz also seems to be agreed to fight on UFC 277 card, Opponent is more likely to be Khamzat Chimaev.

As per leaked screenshot of Dana White’s boardroom they were planning to book Diaz Vs. Chimaev for UFC 277 co-main event. Dana also confirmed the same in UFC 274 post fight press conference.

Check out the following embedded tweets from Nate Diaz.

It seems like UFC is forcing Nate Diaz to accept the fight again with Khamzat Chimaev, It is mostly because Nate want’s to get out of that UFC contract.

But honestly, I think Nate put Chimaev to the sleep “Easy”. We saw Chimaev getting dropped by Burns, Also slowing down after round one and we have seen Nate’s durability throughout his career.