Home » Belal Muhammad believes Khamzat Chimaev should fight him next, Warns Gilbert Burns to stay away from his meal

Belal Muhammad believes Khamzat Chimaev should fight him next, Warns Gilbert Burns to stay away from his meal 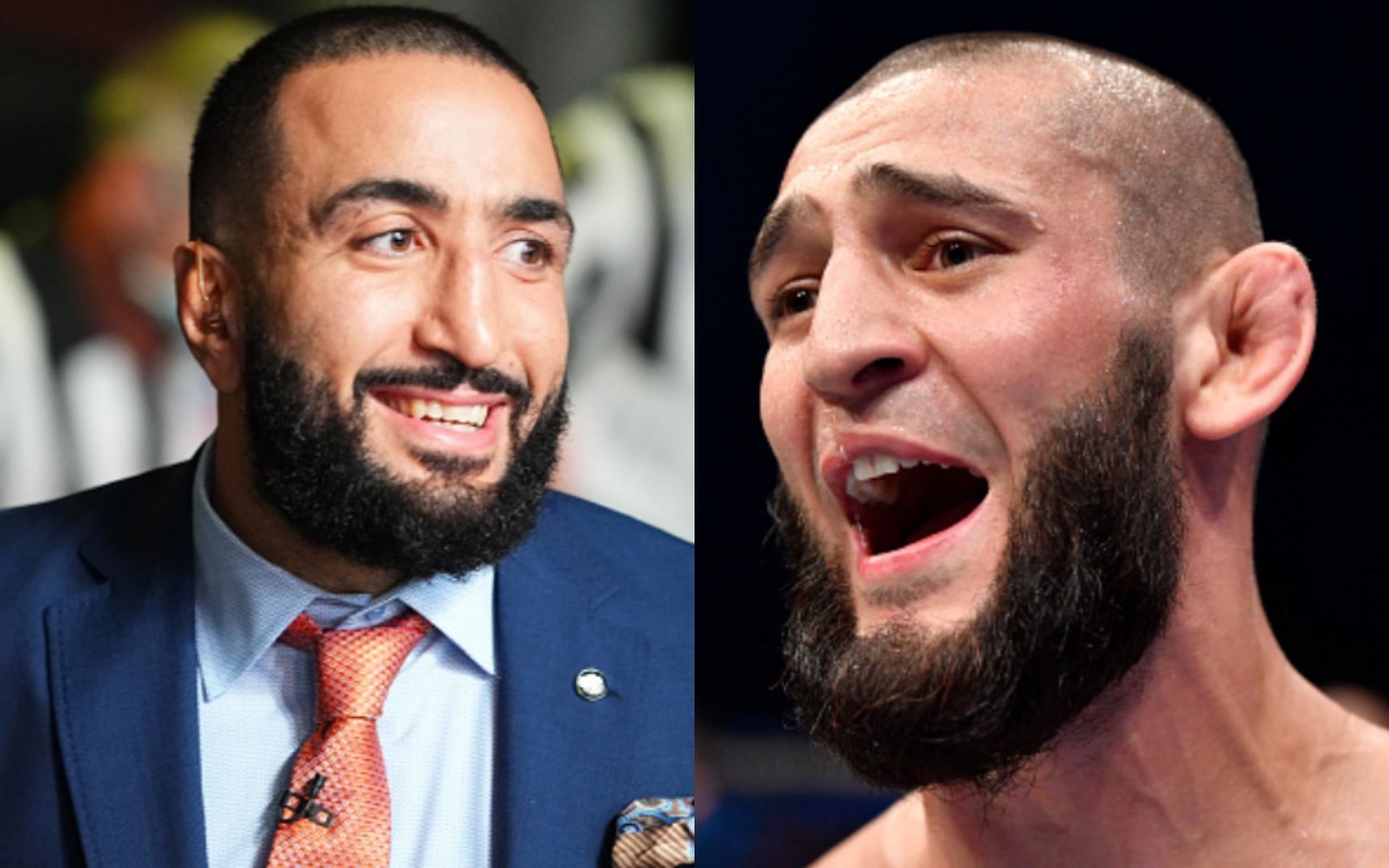 Out of nowhere, Belal Muhammad has risen as one of the most entertaining fighters on social media.

Gilbert Burns, Khamzat Chimaev and Belal Muhammad are top welterweights who doesn’t seem to be fighting inside the octagon anytime soon. Still, they are entertaining the fans by trash-talking on Twitter.

Belal wrote “Hey @GilbertDurinho stay away from my meal .. @KChimaev what happened we had a good thing goin thought you had trigger fingers not Twitter fingers.

This is not the first time they are trash-talking each other. Previously, Belal has also taken shot at Colby and Chimaev by posting this picture of him.

If this fight takes place, Belal would be running the risk of the position he achieved in the division with a win over “Wonderboy” and Demian Maia in his past two bouts. Yet, he apprehends the value of stealing the hype from a name like Chimaev.

While Chimaev doesn’t have the credentials of several of his division-mates yet, he’s stormed through the four competitors who have agreed to face him in his UFC career.

Most recently, the 27-year-old welterweight whipped challenger Li Jingliang at UFC 268, which landed him in the UFC’s top-15 rankings.

Whether Chimaev is unlikely to fight Belal, He remains one of the top hyped guys in the division, and we can’t rule out the chances of him fighting any of the top five welterweights in his next bout.