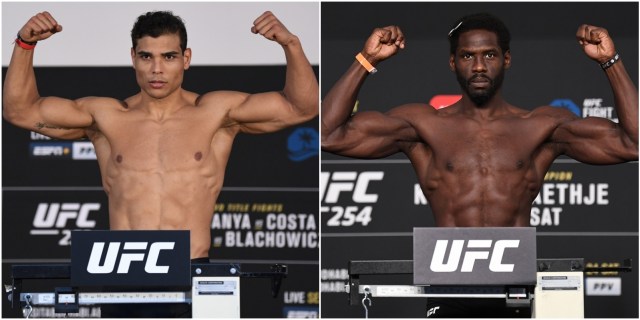 Paulo Costa (13-1 MMA) and Jared Cannonier (13-5 MMA) were planned to headline UFC Fight Night on august 21. This would have been fight for #1 contender, But According to Brett Okamoto (ESPN’s Analyst) Costa has withdraw from this fight & he will be replaced by Kelvin Gastelum.

Per sources, Paulo Costa has withdrawn from his main event against Jared Cannonier on Aug. 21. Kelvin Gastelum (@KelvinGastelum) has agreed to take his place. pic.twitter.com/HzzjCkg2u0

According To Paulo Costa he has never signed a contract to fight Jared Cannonier. he also went on to say “Why ufc announced this fight if didn’t signed? My question too”

Just to be clear. I never signed or locked up that contract. Why ufc announced this fight if didn’t signed? My question too

He also slammed dana and co. with reference to jake paul’s comment on UFC fighters not getting fair pays.