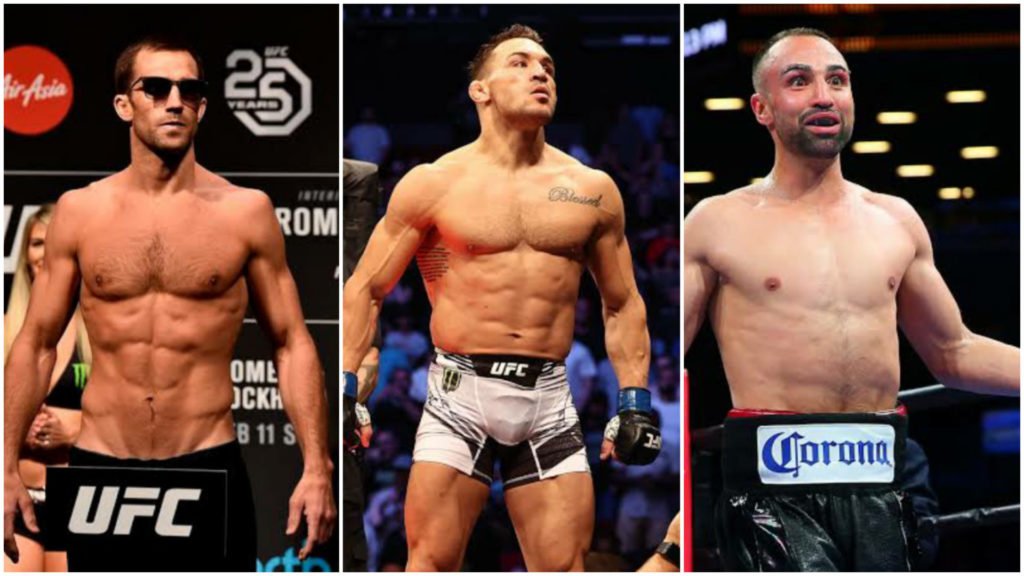 One of the most anticipated rematch is finally taking place on Nov 6 at UFC 269.

At MSG arena, Usman and Colby will be locked in the octagon to finally settle the argument of who’s the no 1 welterweight in the world.

Their first fight was one of the closest fight of Kamaru, In fact before final round many people thinks it was 2-2.

However, we cannot disrespect Usman, With time to time Usman has increased his level of skills and proven himself against top welterweights.

Following is the list of MMA Pros sharing their prediction for this event.

Speaking to Helen Yee Sports, Rockhold shared his thoughts on Usman Vs. Colby. He believes that this be much easier for Kamaru than their first fight.

“Kamaru, i think Kamaru takes them, Kamaru has grown himself as a fighter and i dont think colby has. He is going to be relied on cardio, It wasn’t enough last time and it won’t be enough for this time. Kamaru is going to make this one a lot easier.”

Chandler, who is also fighting on the same card has also given us his thoughts. He seems to admire the threat of Colby to Usman but at same times he believes Kamaru Usman will secure a win.

“You know people forget or they discredit,because the fact that Colby really hurt his jaw and he was finished. They discredit the fact that they were 2-2 before going into that final round. I think Kamaru Usman is now no 1 P4P fighter and I think he deserve to be at that spot. But i do think Colby Covington Posses a lot of threats and posses a very tough test, but Knowing Kamaru,Knowing the way he trains and live his life i guarantee he is focused and prepared to fight and so I think Kamaru gets out a win again.”

Former boxing champion Paulie Malignaggi, Who also have dispute with many MMA fighters has also given his thought on UFC 268 main event.

He seems neutral on both sides, He believes both the fighters have enough skills to take anyone out.

“Right now i think it is one of the bigger fight can be made because Colby regardless of anything he still a polarising figure. He gets people talking, he gets people reacting and he is a good fighter but usman is at his best right now. So it’s very hard to pick against Usman but Colby, I feel like he has seen him in the octagon knows his power is kind of a advantage.” Said by Paulie Malignaggi.

With just four days left till we get the final answer of argument of who’s the best welterweight in the world.