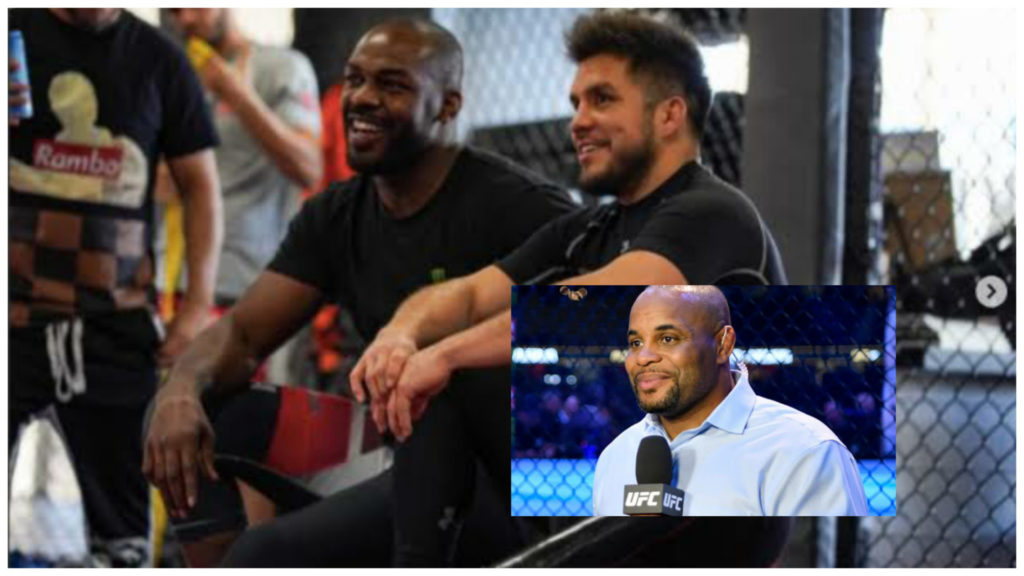 DC believes Ngannou and Gane are on a different level of heavyweight, and that’s why Jones will be unsuccessful in his heavyweight venture.

Speaking in a recent episode of ‘DC & RC, ‘ Daniel Cormier explained what he thinks about Jones’ heavyweight future.

“I believe that Jon Jones will fight at heavyweight, and he’ll fight for the belt, but he’ll lose – to Ciryl Gane or Francis Ngannou. I think that the time away, with the weight difference and those guys being who they are, that’s the problem. It’s not that Jones has gotten worse. It’s just that these guys are a different level of heavyweight.”

No disrespect to Cormier’s analyst mind, But I don’t think Jones will have a hard time in heavyweight. Instead, he will be giving a hard time to those top heavyweights.

As per Dana White, Jones will be getting a heavyweight title shot, but that needs to happen in 2022. Also, It is almost clear that he will be fighting Francis Ngannou after UFC 270.

Jones and DC have previously fought twice in their UFC career, and both of the time, Jones defeated DC. However, their second fight was later overturned to no contest as Jones was tested positive for PEDs.