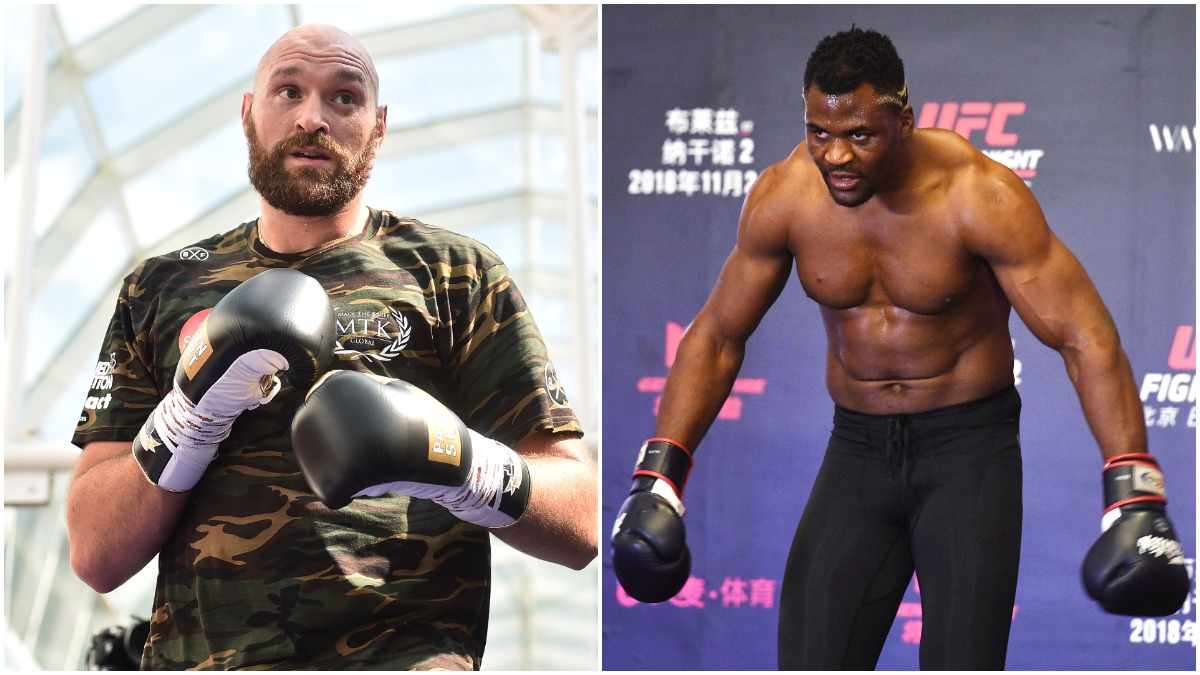 Tyson Fury and Francis Ngannou have been talking trash on Twitter. Even Ngannou is negotiating his new UFC contract to have a boxing bout against Fury and Wilder.

Tyson Fury, “The Gypsy King,” is currently WBC and The Ring title champion, and Ngannou is UFC heavyweight champion with vicious knockout power. The stakes will be higher whenever these two giants meet inside the ring.

During an interview with iFL TV, the Manchester, Tyson Fury disclosed a likely timeframe for the highly-anticipated bout against Francis Ngannou.

He recommended that the ‘Las Vegas’ be readied to host the clash as early as the first quarter of 2023.

“I am going to fight Francis Ngannou in Las Vegas next year – in March or February,” said Fury. “There’s been no talks this year, because I have got some boxing to do, But next year we can have some crazy fights.”

The Englishman Tyson Fury is currently scheduled to deal with mandatory challenger Dillian Whyte in a couple of months. Beyond that, an encounter with either Oleksandr Usyk or Anthony Joshua is likely to close his 2022.