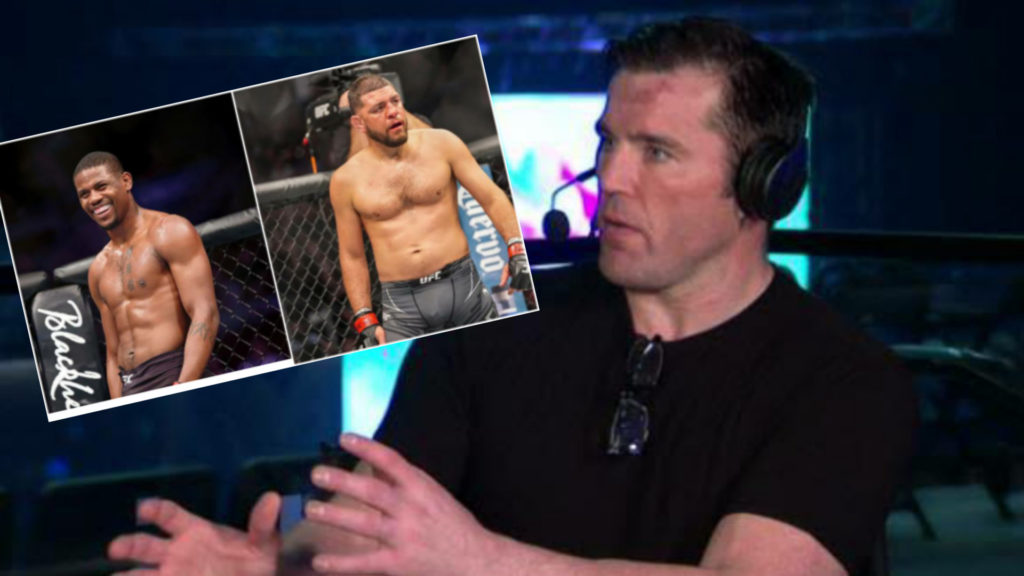 Chael Sonnen has claimed that the UFC is looking to book Nick Diaz vs. Kevin Holland at welterweight in the coming year.

It’s been a fascinating year for Nick Diaz and Kevin Holland regarding the mixed martial art careers.

In 2022, Nick Diaz made his long-awaited return after a long absence in a thrilling defeat against Robbie Lawler.

As per Chael Sonnen’s information, Diaz Vs. Holland welterweights bout is in the works after Holland announced that he’d be going down to 170lbs.

Talking on his youtube channel, Chael Sonnen said, “Tommy from the Bronx just reached out to me. Told me something. I said, ‘Is this public?’ And he said you can share it. It had something to do with Nick Diaz vs. Kevin Holland.”

Sonnen was surprised and said, “A little bit surprised by it, only because Nick Diaz is such a megastar. But what do you do with him? Nick Diaz, at all times, is one win away from being in a main event.”

Sonnen believes Nick is just a win away from headlining the main event. Also, it would be a great opportunity for Kevin Holland, who is 0-2 in 2021.

“So we’ve been told. Nick’s still under contract and he wants to do something and everyone wants to see him do it. So you start matching him up very cleverly… I get it. I’m in.”

What do you guys think about this bout, and who are you guys picking in this fight? Comment below.