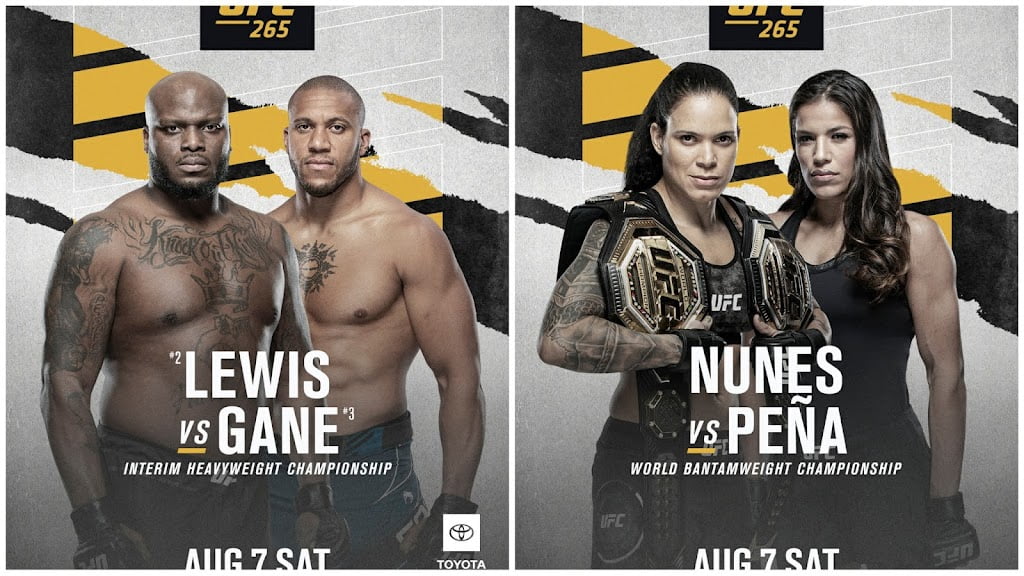 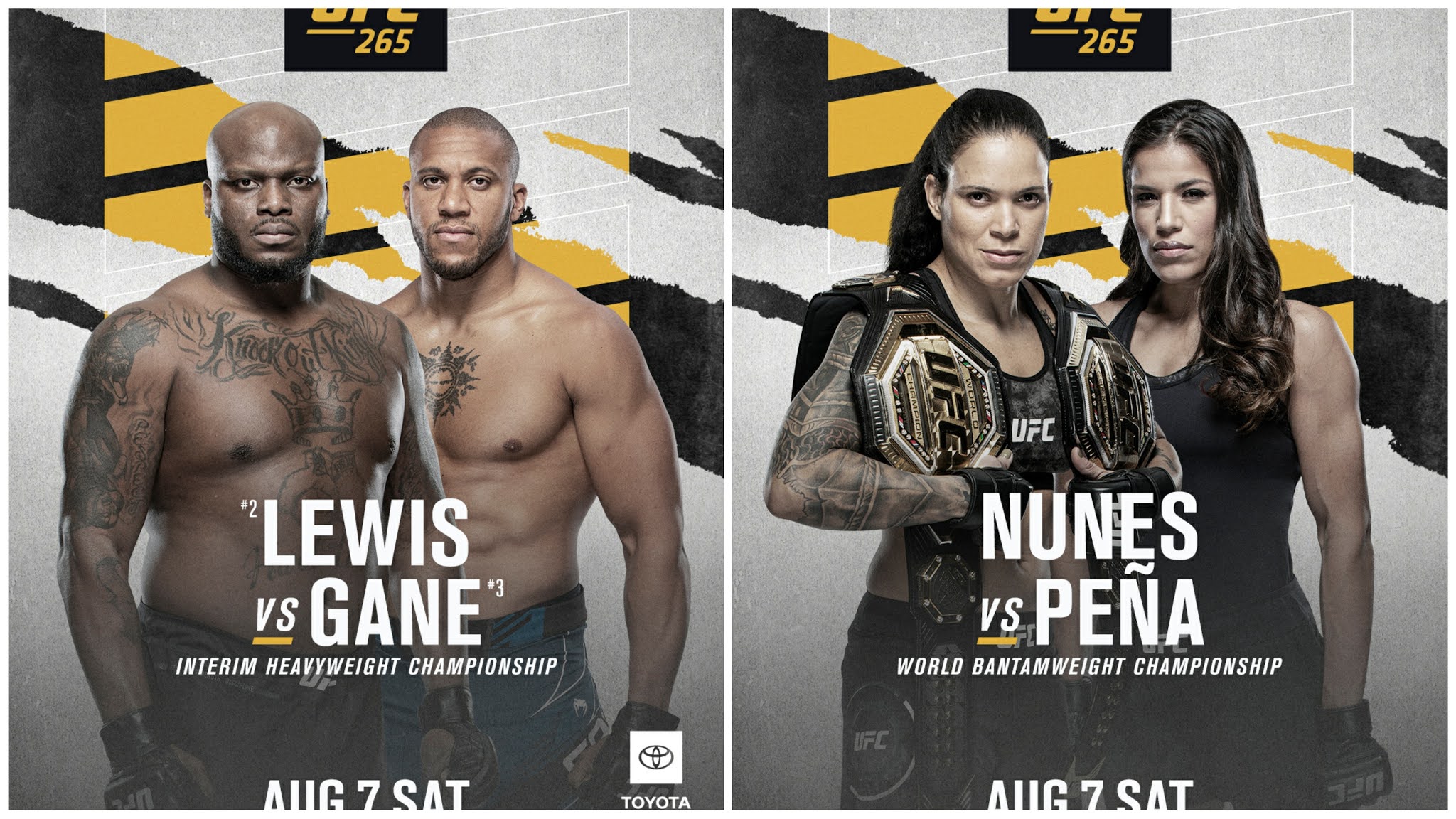 With lots of controversy’s Derrick Lewis Vs Ciryl Gane is finalised and will be the main event for UFC 265.

Amanda Nunes Vs Julianna Peña is set for women’s Bantamweight title and serve as a co main event for UFC 265.

Lewis And Ngannou was estimated to fight for this card but eventually Ngannou was not ready for august and he wanted to fight in the september. instead of waiting UFC decided to make Lewis Vs Gane for interim heavyweight championship.

Ngannou and his manager have already criticised UFC’s decision.

Nothing has been right here https://t.co/SIeM9uEfBG

Ngannou wasn’t the only one surprised by the decision. Check out how some others in the MMA community reacted to the Lewis vs. Gane news.

Since Dec. 2019 this is the first time Amanda Nunes coming down to 135 lbs to defend her bantamweight title for first time.