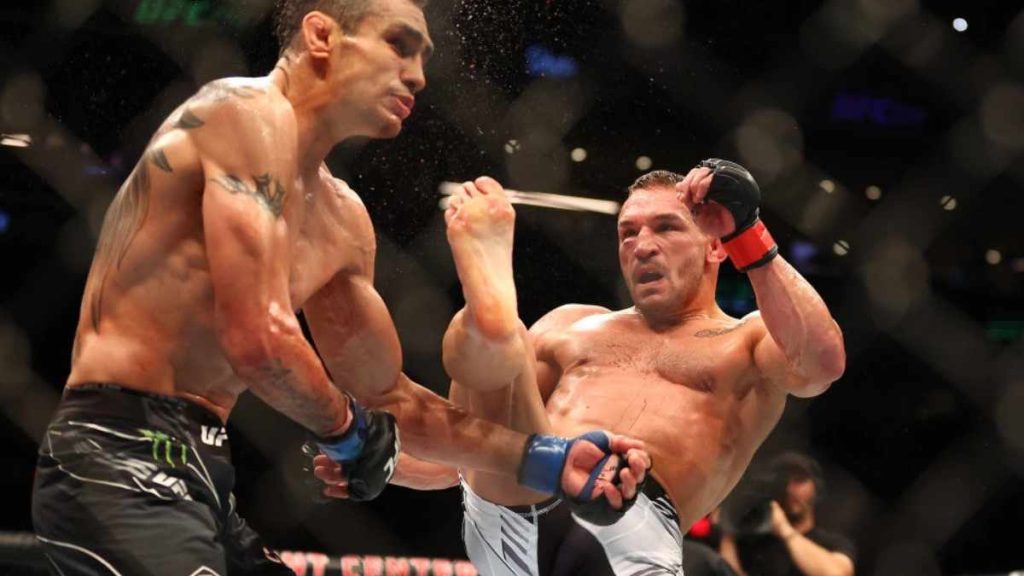 Front Kick KO, Face-plants Tony is the nightmare defeat to the Tony fans including me. Tony was looking good in round one but all of the sudden Chandler brings the storm…. lights out for Tony Ferguson.

All respect to the Chandler and what a post fight callout, This is one of the best callouts we have seen in the UFC.

This unofficial co-main event between Tony Ferguson and Michael Chandler has delivered the hype. Don’t know about the main event between Charles Oliveira and Justin Gaethje but people gonna talk a lot about Chandler’s victory.

Alright, Enough Talk.. lets get back to the topic. UFC fighters and MMA Pro’s reacting to Michael Chandler’s best ever knockout in UFC.