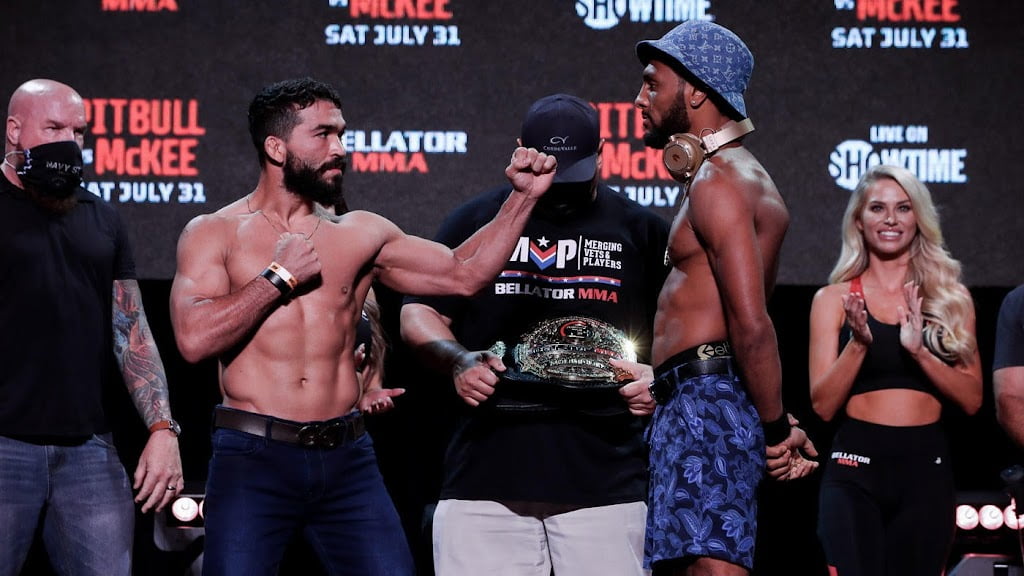 Surprisingly Bellator 263 turned out to be one of the top event in the history of bellator promotions. All credits to its main event Bellators A.J. McKee vs. Patricio Pitbull, who caught the attention of viewers and all the MMA community into this event.

Undefeated A.J. McKee stole the show by stopping Pitbull in 1st round with guillotine choke, which assured him cash prize of $1 million.

WHAT A FINISH ????@ajmckee101 landed the head kick and then choked Pitbull out ???? (via @BellatorMMA, @SHOsports) pic.twitter.com/bHgmknSyt8

UFC fighters have seem to be quite impressed with the event and have reacted on twitter. some of the reactions are mentioned below.

Daniel “DC” Cormier, Former UFC lightweight & heavyweight champion seems to be impressed with Bellator 263 & the performance of A.J. McKee in that main event. Daniel took it to twitter to react.

Reacting to main event Cormier said “Very rarely am I this excited for a non ufc fight. These two can scrap. Both of em have it. Gonna be fun!”

He also reacted to McKee’s win where he said “AJ McKee is that dude!!!!!! My goodness”

Derek Brunson has reacted in humorous way, in which he tweeted maybe meme or a photoshped picture of dana white offering bag full of cash.

May be brunson is teasing McKee vs UFC’s Volkonovski, check out his embedded twitter.

Ariel Helwani has also impressed with what AJ McKee and bellator promotion has achieved with this event and performance by AJ McKee in the main event. check out his embedded tweet below.

The fight and moment lived up to the hype, despite being short.

This is the moment and the fighter Bellator has been waiting on for years now. He has finally arrived. pic.twitter.com/oldNJNxTWx