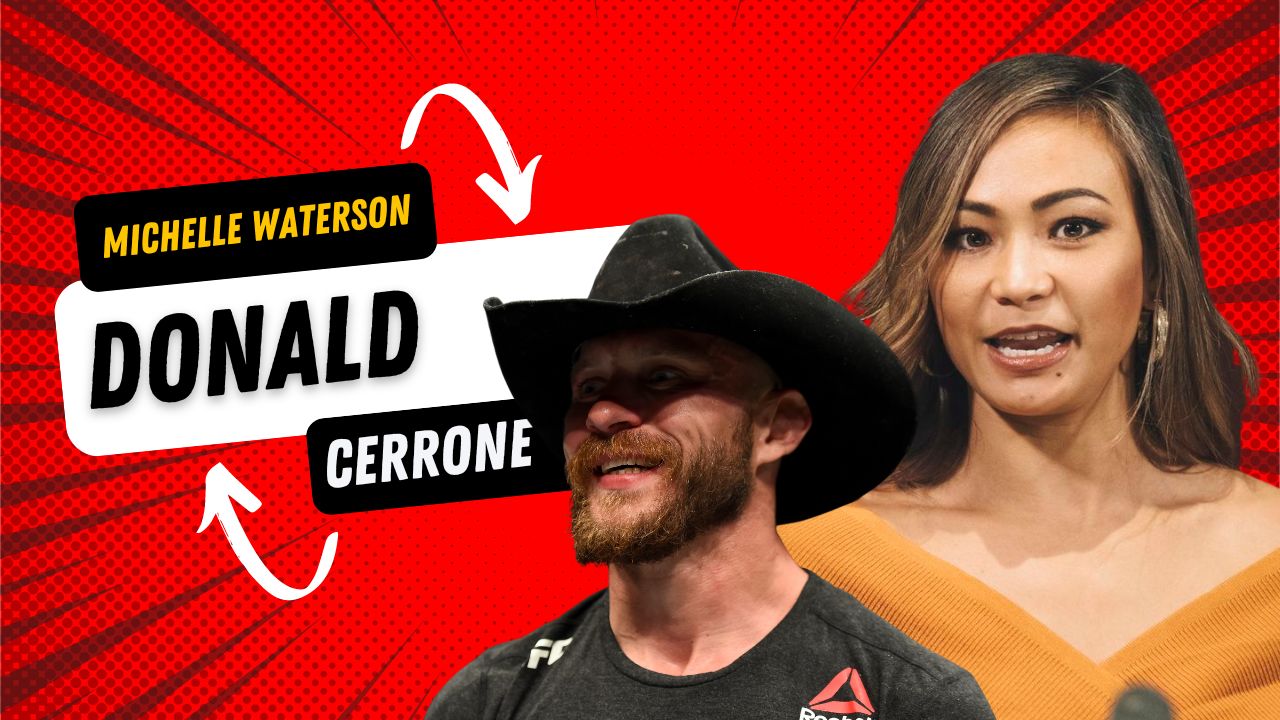 Michelle Waterson has revealed the untold story of how Donald Cerrone helped her to transform from being a ring girl to an MMA fighter.

Donald Cerrone who retired last week at UFC Vegas 58, will be remembered as one of the greatest athletes in UFC history. despite holding a record for most wins in UFC, Cerrone was never able to win that UFC gold but Michelle Waterson’s story tells us that he has a heart of gold.

Michelle Waterson has shared with us her story of how Donald Cerrone helped her to make a successful MMA career.

“Donald’s actually, the one that got me into fighting,” Michelle Waterson said. “I was a young girl working at Hooters still doing martial arts, he was the one that was like, you know, as the story goes, I was a ring girl and I actually watched him on a local circuit, not him, but the fight card. I was talking to the promoter, and I asked the promoter, hey, do you guys ever have female fighters? I think I’d be good at this. I’ve been doing martial arts for over 10 years.

“And the promoter kind of like didn’t really take me seriously and Donald had overheard came into my work and was like, Hey, if you’re serious about training, get your ass in the gym, and kind of the one that really introduced me to training and MMA.”

She further explained how much that help was from Donald, She believes whatever she has achieved to date from her MMA career most of which is because of Cowboy.

Michelle Waterson is set to fight on this weekend’s UFC fight night against number eleven Amanda Lemos, She is one of the top fighters in the division and may earn a title shot with two or three wins.