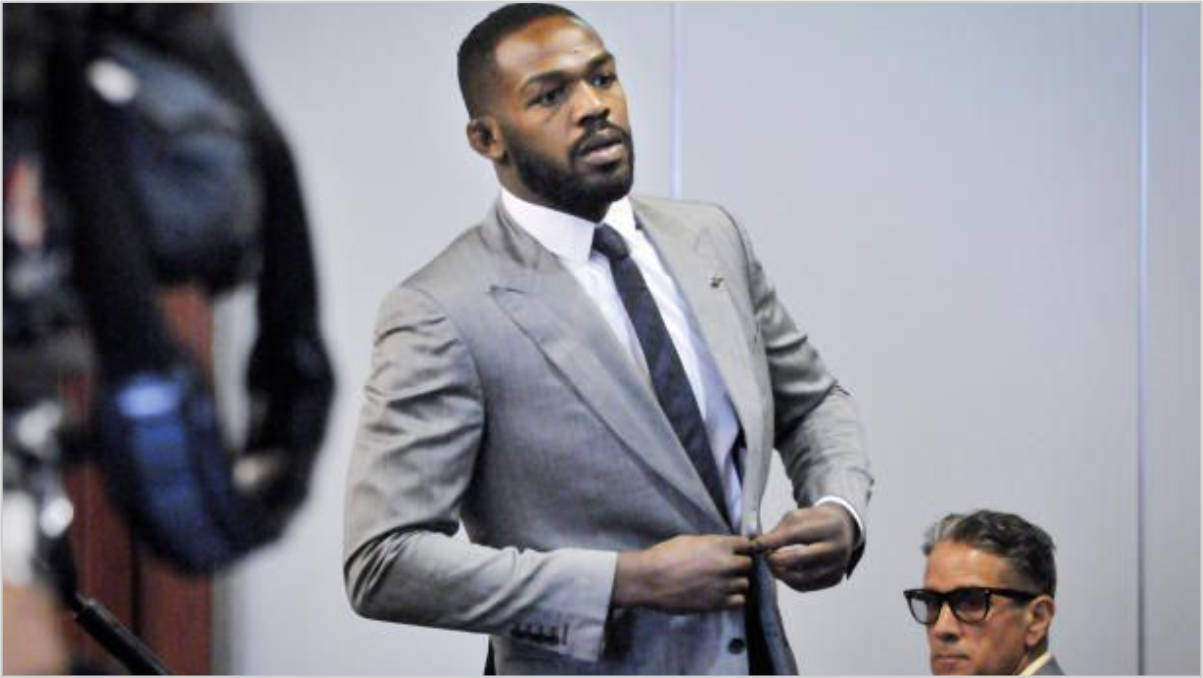 Jon Jones net worth in 2022 is around $12 million. Jon Jones is an American professional MMA fighter and former UFC light heavyweight champion who has made the most of his net worth by earning money from fighting in MMA & by brand endorsement.

At UFC 232, Jones fought the most formidable opponent of his career. Alexander Gustaffson is the fighter who comes close to defeating Jones.

For this fight, UFC paid him $1,380,000, Including base salary and performance bonus.

Jones defeated his former rival Daniel Cormier at UFC 214, But the decision was overturned due to Jones failing the drug test.

UFC 172: Jones fought current light heavyweight champion Glover Teixeira, Where he earned unanimous decision victory over him. For this fight Jones made $560,000, Including $400,000 as a base salary and $110,000 as a PPV bonus.

UFC 145 Jones Vs. Evans – Jones defeated Rashad Evans by unanimous decision to defend his title for the third time in his career.

At UFC 140, Jon Jones defeated Lyoto Machida by standing Guillotine Choke. He made $845,000 for this fight.

Jones fought monster Rampage Jackson on his first title defense, and he defeated him by the rear-naked choke submission. He made a total of $715,000 for this fight.

Jon Jones Vs. Ryan Bader – At UFC 126 Jones defeated Ryan Bader by rear naked choke in round number two. He was paid $46,000 for this fight.

Jon Jones Vs. Vladimir Matyushenko – Jones fought Vladimir in his early days of career where he finished him by TKO in round number one.

Jon Jones Vs. Brandon Vera – Jones won this fight by KO in round number one. Jones made $90,000 for this fight.

Jones was born on the 19th of July 1987 in Rochester, New York. His father is Arthur Jones. he was a pastor at the Mount Sinai Church of God in Christ in Binghamton, New York.

Jon’s mom, Camille, died in 2017 at age 55 after a long struggle with diabetic complications. Jon was the fourth of four kids. His elder brother, Arthur was a famous American football linebacker who was a part of his team the Baltimore Ravens, Indianapolis Colts and Washington Redskins, while his younger brother, Chandler, is an outside linebacker with Arizona Cardinals. Arizona Cardinals.

Before beginning his MMA career, Jones was a stand-out high school wrestler and state champion at Union-Endicott High School in upstate New York.

He also played football as a defensive lineman; his coach nicknamed him “Bones” due to his slight frame.

He won a national JUCO championship at Iowa Central Community College. After transferring to Morrisville State College to study Criminal Justice, he dropped out of college to begin his MMA career.

In his 2nd UFC fight, Jones took on veteran Stephan Bonnar at UFC 94, Where he defeated him by unanimous decision.

On December 5, 2009, Jones fought Matt Hamill at The Ultimate Fighter: Heavyweights Finale. Jones dominated most of the fight until he was disqualified for using illegal elbows.

The Unified Rules of Mixed Martial Arts prohibited downward elbow strikes, and Jones has initially penalized a point from the round.

However, Hamill was unable to continue due to his dislocated shoulder. Consequently, the replay simulation was reviewed and showed that Jones’s elbows further damaged Hamill’s already bloody and lacerated nose.

Jones have 3 daughters with fiancée Jessie. Leah, Carmen, Olivia are the names of three daughter of Jon Jones.

How much is Jon Jones net worth?

Jon Jones is an American professional MMA fighter and former UFC light heavyweight champion, Jon Jones net worth in 2022 is around $12 million.

When is the next fight of Jon Jones?

Jon Jones is currently preparing for his heavyweight debut, He has said to be unofficially scheduled to take on the Francis Ngannou or Ciryl Gane. Whoever wins at UFC 279.

What is the current MMA record of Jon Jones?

Who is fiancee of Jon Jones?

Jessie Moses is the fiancée of Jon Jones.

How many daughters does Jones have?