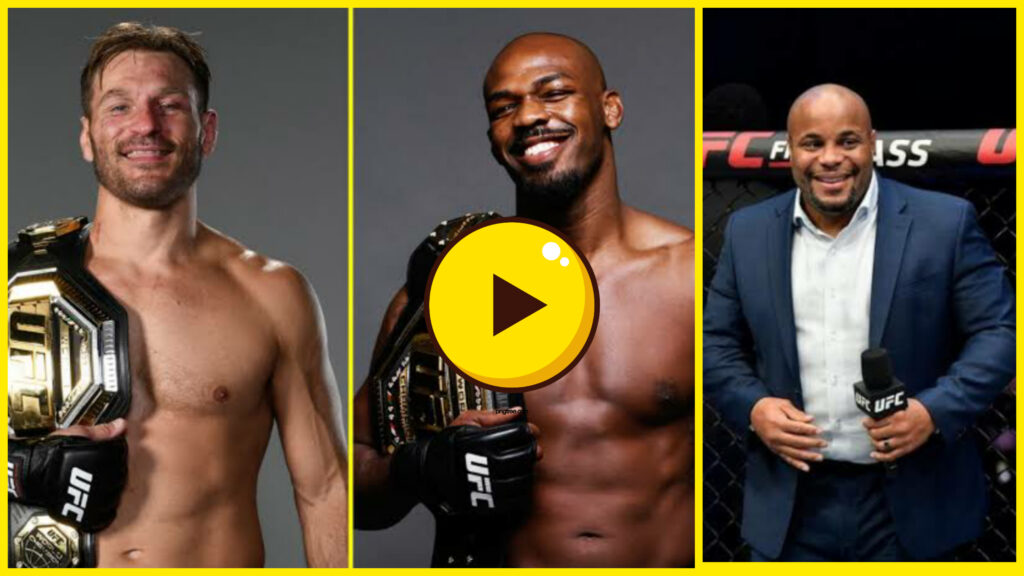 Francis Ngannou is said to be undergoing surgery which may keep him out of the sports for at least a year, and that’s why Daniel Cormier believes there should be an interim title fight between Jones and Miocic.

Speaking on his ESPN show “DC & RC.” Cormier said, “I think we’ll see another interim title, For me, what makes sense for that interim title is Stipe Miocic and Jon Jones. I think you put those two together and then no matter who wins, when Francis comes back, you have a massive fight waiting for you.”

Stipe was last fought at UFC 260, losing his belt to Francis Ngannou. He also felt sidelined after Ciryl Gane got his title shot over Stipe Miocic. So, Stipe should get title shot next.

Cormier added, “With Miocic, I think it’s time to give him some respect, If there’s going to be an interim title, they can’t not do it with Miocic.”

DC believes that this fight would test Jon Jones’s capability to fight at the heavyweight division.

“that was a fight that people were pining for whenever Jon Jones was the champion and Stipe was the champion. So now you make that for the interim title fight, and you also allow for people to see whether or not Jon Jones can compete at 265 pounds.”

Ngannou recently asserted that he did not see a requirement for an interim title despite his projected time away. However, Cormier states that the stakes must be high when former light heavyweight king Jones competes at heavyweight.