Dustin Poirier claims Nate Diaz is not accepting his fight 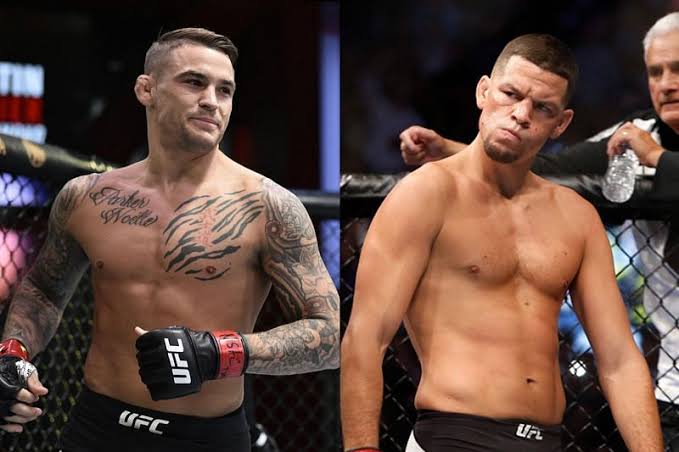 ‘Probably name like Nate Diaz would get me back ,’ Dustin Poirier said after his defeat from Charles Oliveira.

To which Dustin responded that “I’ll fight you this month”

But despite the verbal agreement, that fight has not yet been signed. According to the latest update from Dustin Poirier, It’s the Nate who is not ready to fight him.

Nate and Poirier were scheduled to fight in 2018, But the fight was called off after Poirier got injured in the training.

Nate Diaz has just only left one fight on the contract. So maybe he is hoping for that Mcgregor trilogy and moving to Jake Paul boxing.