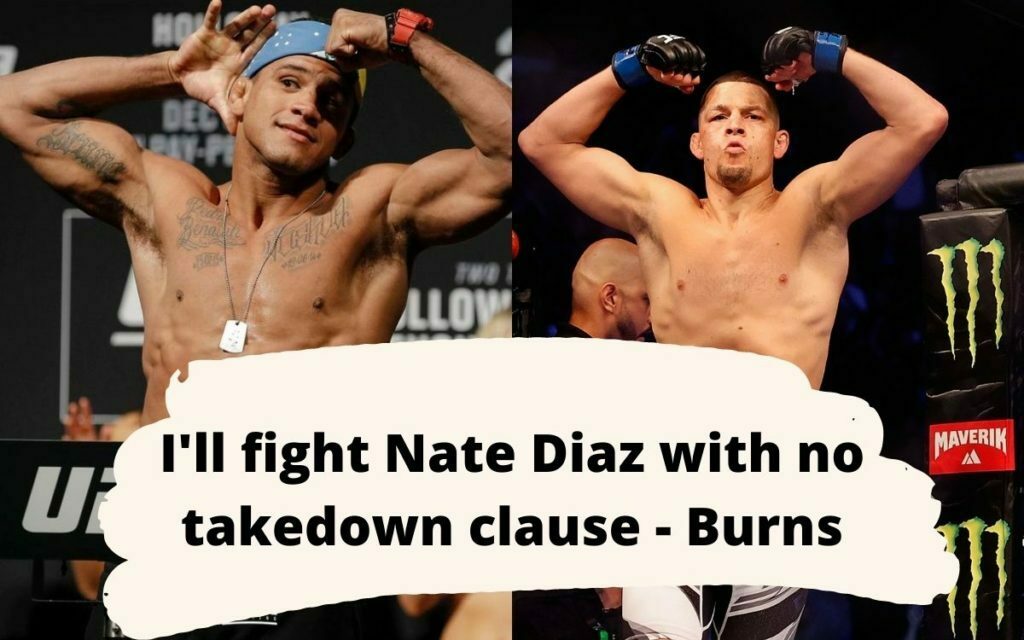 After his recent fight with Khamzat Chimaev, Gilbert Burns is looking for big fights now.

Gilbert Burns wants some respect to be placed on his name now; He believes he belongs at the top of the food chain and wants to fight some big names next.

“I don’t need to give another opportunity to another up-and-coming guy. I need a big fight. I need a couple guys. I know I’m gonna have a long way up to the title. I’m gonna need two or three impressive wins. I’m okay with that,”

Speaking to TMZ sports, Gilbert Burns has called out some big names like Nick and Nate Diaz or Jorge Masvidal.

“Now I want a big fight. I know Nate Diaz needs an opponent. I think that will be a crazy fight. I can put in the contract, ‘No takedowns attempted, just standup…’ I love that fight. Nate, maybe Nick, maybe Masvidal. Right now, I’m just gonna focus on my recovery.”

Nate Diaz has been waiting for UFC to finalize his next bout for the last half-year. It was also rumoured that he might fight Dustin Poirier Next, but it seems clear that they are doing McGregor/Diaz trilogy bout.

Burns’ suggestion to Diaz fight of a no takedown condition is mostly to taunt Diaz for his weak takedown defence and is just a publicity stunt because UFC will never do such a thing.