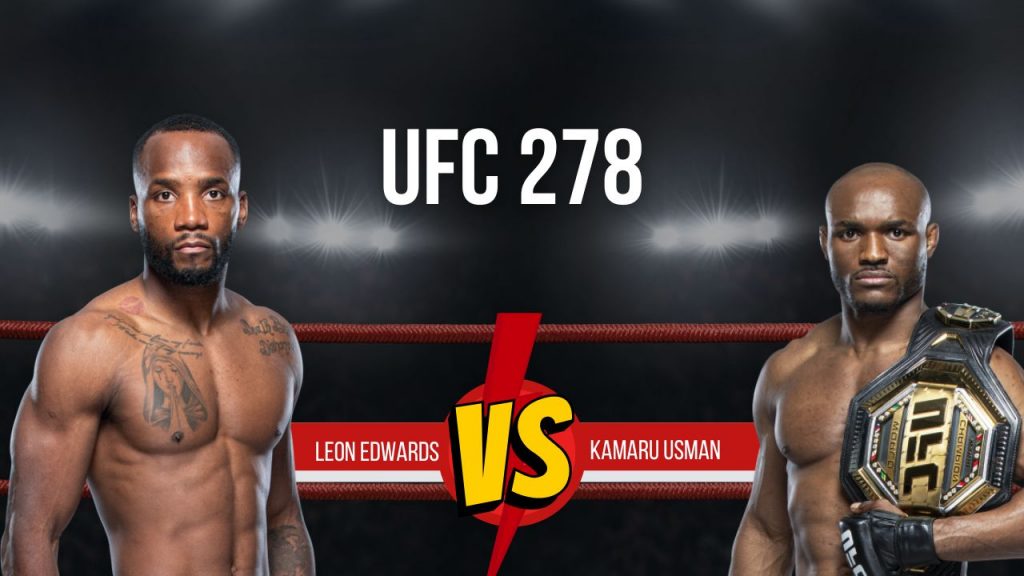 UFC 278 Fight Card is scheduled to take place on August 20, 2022, at Vivint Arena in Salt Lake City, Utah, United States. It will be featuring the welterweight title championship between 5x champion Kamaru Usman and Leon Edwards.

Champion Kamaru Usman who is undefeated in his 15 UFC fights and has five successful title defence against Colby Covington, Jorge Masvidal, and Gilbert Burns will be defending his title against Leon Edwards who is riding on 10 fight winning streak.

UFC 278 Fight Card is one of the most stacked cards ever produced by the Ultimate Fighting Championship promotions.

UFC 278 Fight Card will be co-headlined by MMA GOAT & former Bantamweight champion Jose Aldo who will be looking forward to becoming the number one contender for the flyweight champion as he faces Merab Dvalishvili.

UFC 278 Predictions: this section of this article is specifically devoted to predictions. we will be discussing below how UFC 278 fights would go down.

To be honest, this is going to be a tougher fight to predict. we believe Leon wins the standing battle but loses the grappling contest. Since their first fight, both fighters have improved a lot but we believe Leon Edwards shocks the world at UFC 278.

Jose Aldo has great momentum coming into this fight. Merab is a great guy but we believe Jose Aldo defends well against takedowns and he still got the fastest hands in the UFC.

Luke Rockhold’s chin is yet to be tested again, Paulo is a heavy hitter and we believe he catches Rockhold in round number two or three.

Marcin Tybura is an experienced fighter but Romanov is undefeated and really good on the ground game. we predict Alexander Romanov takes Tybura on the ground and finish him.

We are predicting Tyson Pedro to win this fight by decision or TKO.

Kamaru Usman is at -330 in Draftsking, he is currently running as a favourite In contrast, Leon Edwards comes in at +280 on Bet365.

Where is UFC 278 taking place?

UFC 278 Tickets are already gone on sale, you can purchase them from ticketmasters.