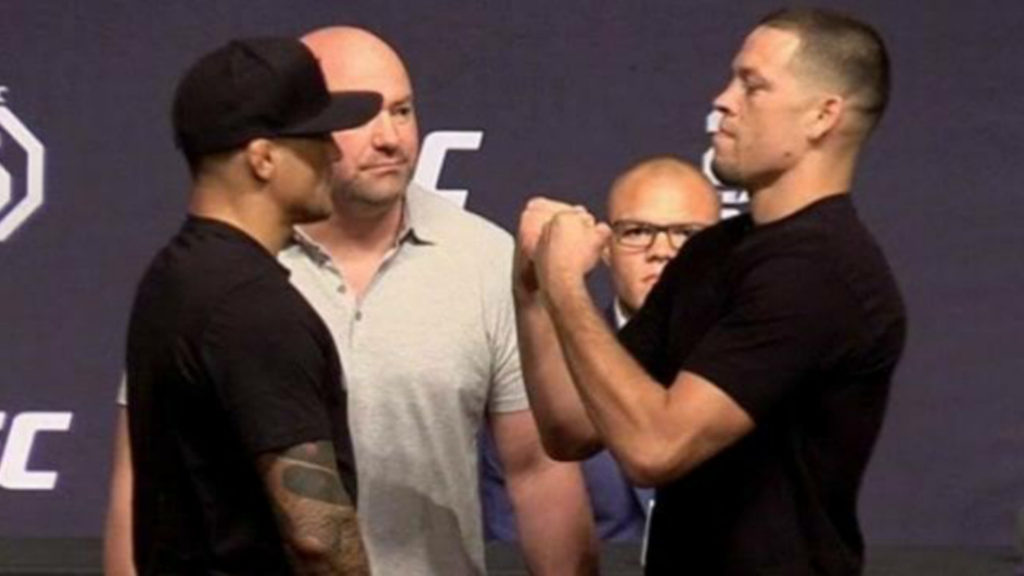 Speaking to an interview with Teddy Atlas, Poirier has revealed that he has accepted the short-notice fight with Nate Diaz. However, he also conveyed that The contractual agreement has not yet materialized.

Poirier said. “No contract has been signed yet, but if this does go through, I’m going to take it; this would be super short-notice. I already looked at myself in the mirror, and I spoke to my wife (Jolie Poirier) and my boxing coach (Dyah Davis) – people I talk to regularly.”

Nate Diaz, Seems to have a different opinion on Dustin Poirier; Diaz took it to Twitter to slam Poirier for taking too much time to make it happen. He said, “Hope To Fight ASAP.”

Diaz Wrote, “I just talked to the UFC I said wassup with the Dp fight I wanna fight asap, but they said dustin sucks, and they don’t want it, Sorry Dustin you suck. Hope to fight asap tho. Let’s do this, Ps Olivera you suck too”

Poirier Vs. Diaz would be the second-biggest draw after Conor McGregor fighting any of these guys. Also, it would be interesting to see the winner of this bout meet Conor in his comeback fight.

With that being said, tell us your pick for this bout between Diaz and Poirier in the comment box below.