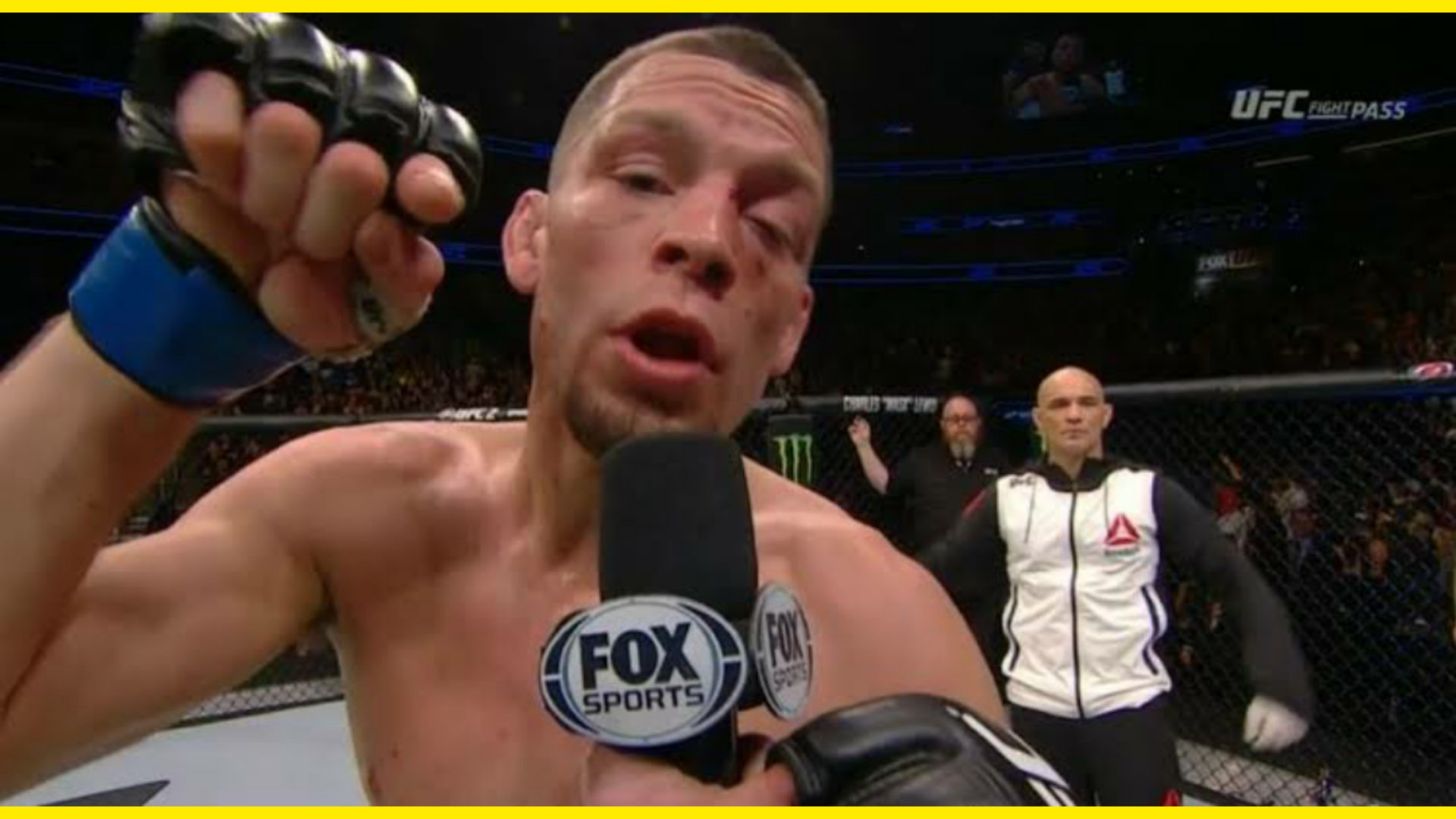 Nate Diaz is known for his humorous trash talk. This time he has given a savage reply to Jorge Masvidal, who tried to troll him early.

It all started when Masvidal tried to troll him on his comment on Dustin Poirier and Charles Oliveira following their lightweight title bout at UFC 269.

Nate Diaz twitted a picture of knocked out unconscious Jorge Masvidal and Wrote “I just came across this,”

Although Diaz maybe 0-1 against Masvidal in the octagon, he is now 1-0 on Twitter. Previously, Diaz was defeated by Masvidal via third-round TKO (doctor stopping) at UFC 244 to win the BMF’s title. Both men are without an opponent at the moment, so perhaps Masvidal is testing the waters in a rematch.