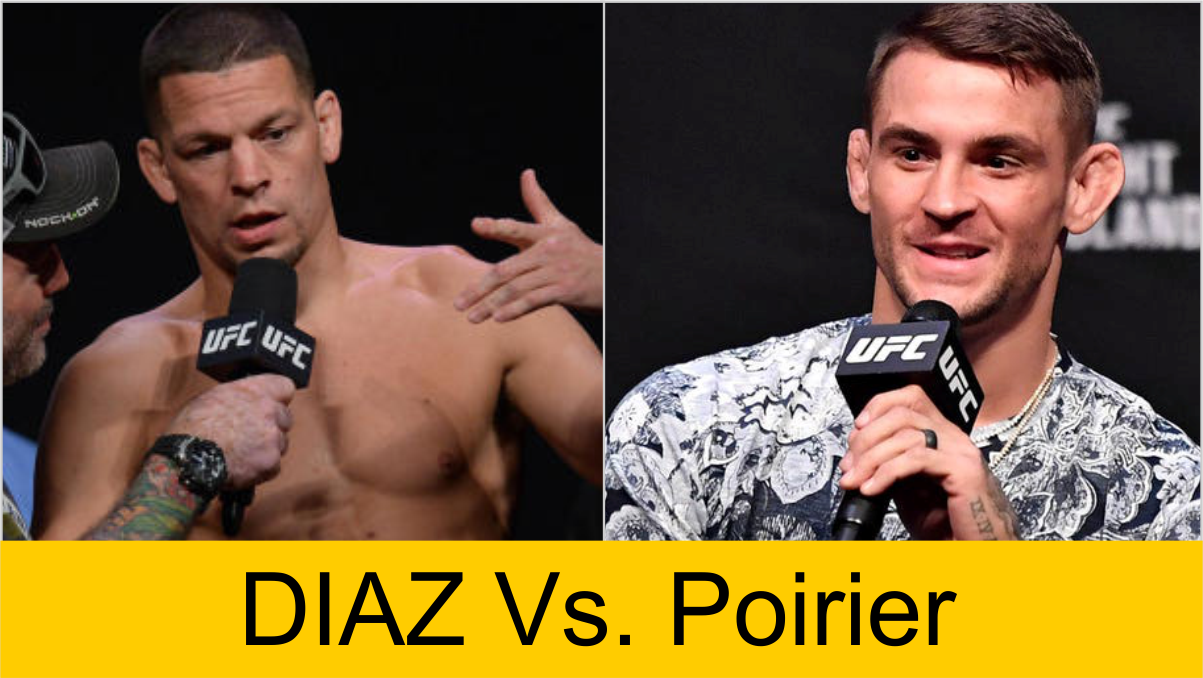 In a cryptic tweet, Poirier issued a message to Nate Diaz, He wrote “I’m gonna fight your ass”

However, Poirier did not mention the name of Diaz, and it could be for Conor McGregor too. But at this point, in a situation where it is almost confirmed that he will be fighting Nate, it is a no-brainer to guess that this message was for Nate Diaz.

Following this tweet, Nate Diaz responded by revealing it’s UFC delaying this bout and expressing the urge to fight him as soon as possible.

Previously, It was revealed by Ariel Helwani that UFC wants to add some fights to Diaz’s contract before he fights Poirier, and that’s what delaying the fight.

Diaz wrote in his tweet, “Stop playing wit me consider this my signature to fight this, I been trying to fight for a minute; quit slowing down the real fight game; it’s time.”

Soon after, Poirier followed up with another unclear message, simply claiming “The real fight game.”

Later in the night, Poirier shared a simulated poster for a fight with Diaz and possibly hoping to stir up enjoyment for the Potential Bout.

With that being said, Do you guys believe Diaz Vs. Poirier Happen in 2022?