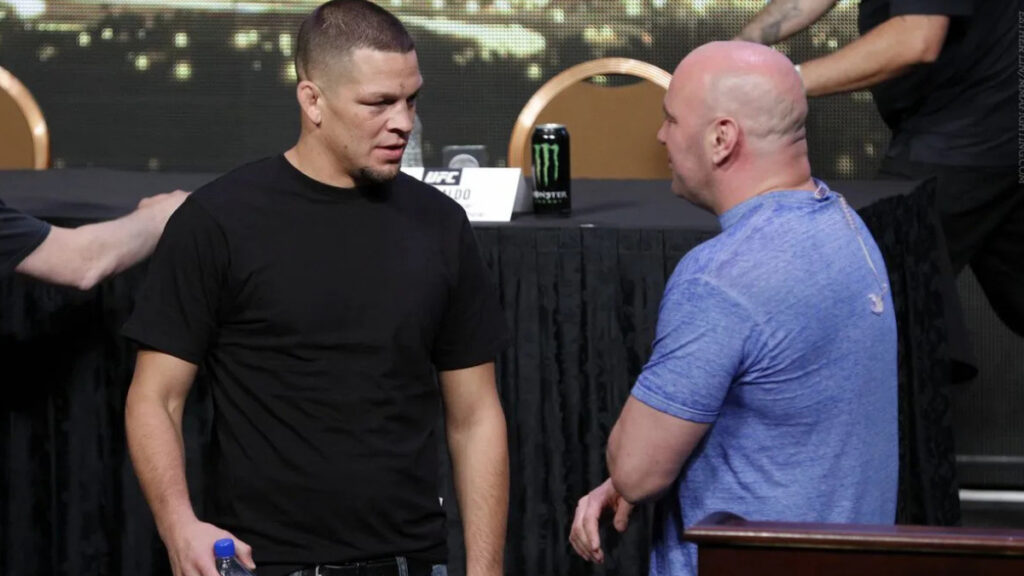 UFC president Dana White is optimistic about getting Nate Diaz signing another contract with UFC.

Dana White believes Nate still has better future in the UFC and obviously he doesn’t want to lose a big star like Nate Diaz.

Nate has left only one fight on his current active contract and he is been trying to act like he wants to get rid of that fight and UFC contract.

It might be a negotiating tactics and its seem to be working because at this time of the moment UFC needs Nate more than he need UFC.

UFC need him for Conor’s trilogy, Poirier bout and for many other bouts.

“I’m ready to fight my last fight,” Diaz posted on Instagram. “@ufc @danawhite this guys says he’s ready also so lets get this shit poppin
I got shit to do”

Speaking to media at UFC 272, Dana White was asked on current situation of Nate Diaz contract extensions and how things are going with negotiations.

So, we can hope to see Nate in UFC for at-least significant amount of time until UFC is done with him.