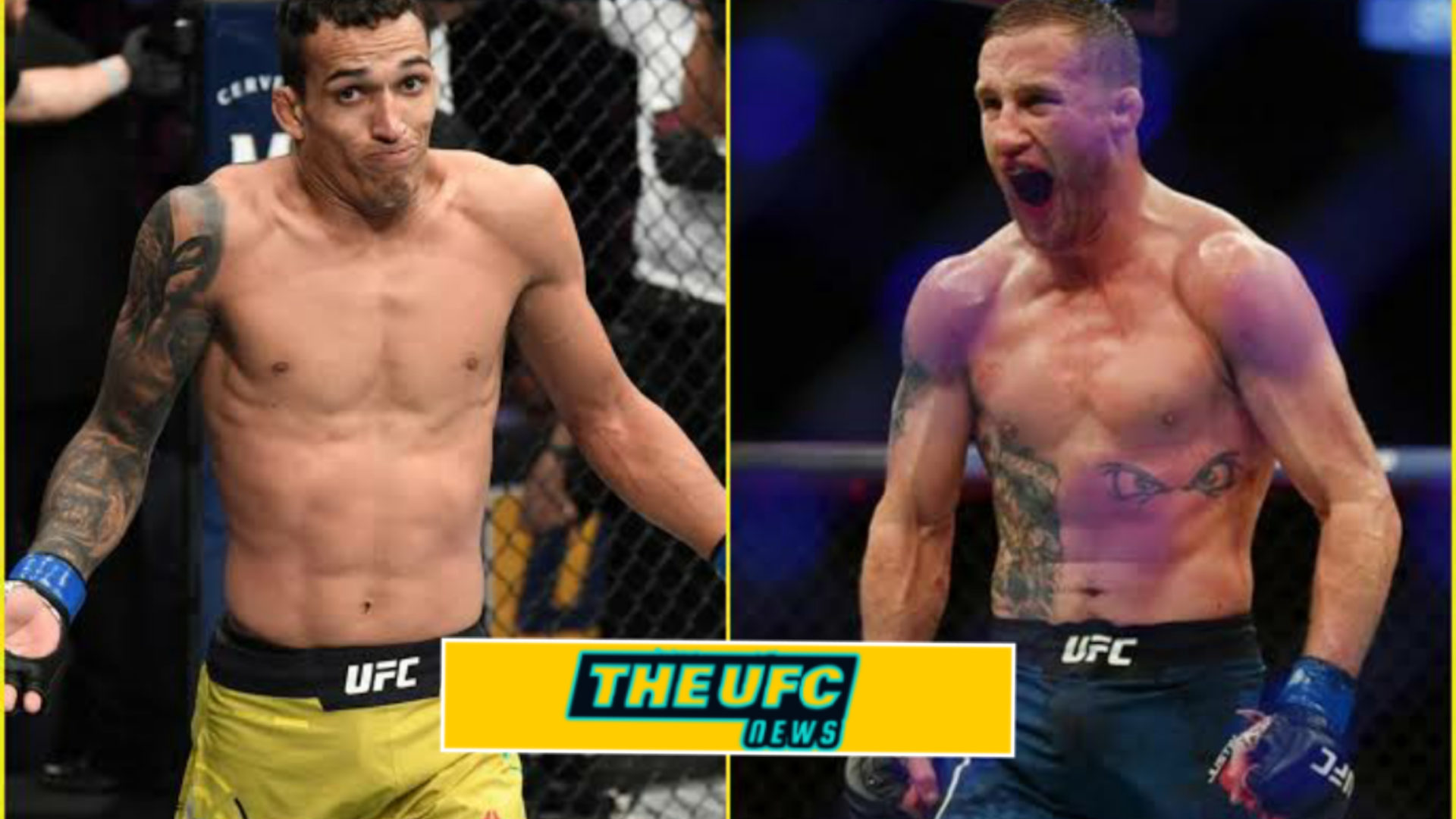 Justin Gaethje seems to be thrilled to fight UFC lightweight champion, Charles Oliveira. In his recent interview, he said “I can’t wait to break his face”

Gaethje is the number one lightweight contender who will undoubtedly get his second title shot against champion Charles Oliveira.

Oliveira defeated Dustin Poirier to defend his UFC lightweight title, Proving that he is the best lightweight fighter on the UFC roster. Especially, Now that Conor’s claims to the title fight are dismissed. Gaethje will be in line to fight Oliveira now.

Gaethje praised Oliveira for beating Poirier in round three by stoppage in the ESPN post-fight program. He said, “I absolutely loved it. I will give no disrespect to Charles. He is now the undisputed champion, and I cannot wait to fight him. I don’t care where or when,”

Gaethje had previously criticized Oliveira, saying we previously saw him “quitting.” However, Gaethje changed his tone. After seeing Oliveira overcome an early knockdown from Poirier.

“I saw a competitor tonight. I saw a dog and I can’t wait to break his face. He gets hit a lot,” Gaethje said. “He better pray and hope for the next however many days until our fight that he takes me down, gets his choke. Because if not, we see what happens.”

Justin Gaethje last fought at UFC 268, Where he defeated Michael Chandler in a five-round war. Since then, he was involved in the feud of multiple fighters claiming the next title shot. But Oliveira’s win has dismissed Conor’s possibility, and Dariush and Makhachev are also scheduled to fight, making a clear path to Justin Gaethje.