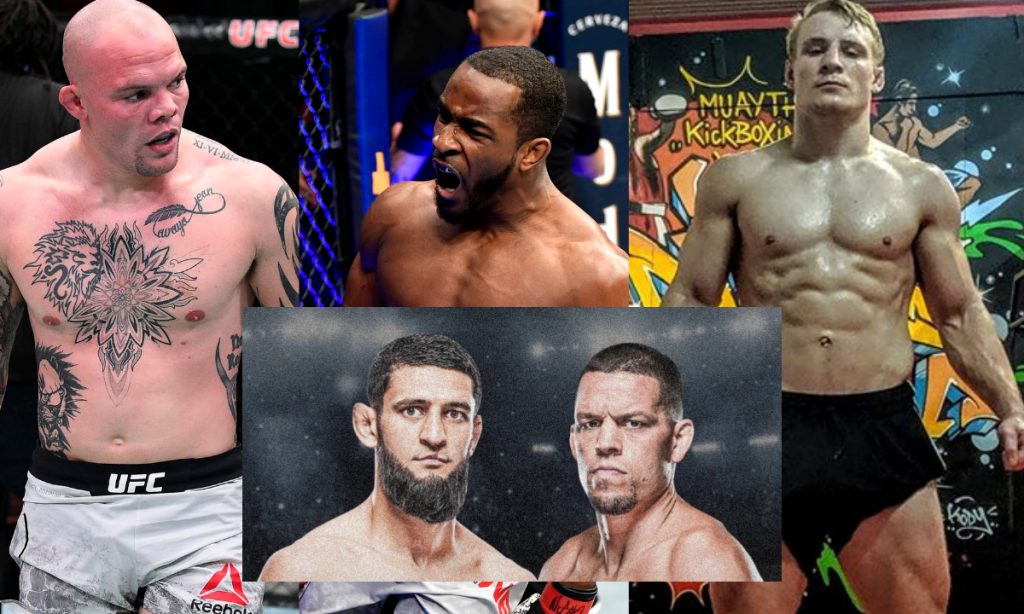 Khamzat Chimaev is a huge betting favourite going into against Nate Diaz at UFC 279.

Today’s article has brought you some of the fighters sharing their pick for Diaz vs. Chimaev.

It is sad to say that it is the last fight of Nate Diaz who will be going against tougher Khamzat Chimaev. But do not be surprised if Nate Diaz shocks the world at UFC 277.

It is a pretty tough way to go out the door, as much as I can say Chimaev is a more powerful striker. he is the technical guy, he is the better wrestler. the only thing that I would definitively give to Nate is his conditioning and maybe his submission ability.

Nate Diaz is a Nate Diaz man.. he can mess around it and make any fight tough for anybody. I wouldn’t be shocked to see Nate turning it to that ugly dog fight kind of like his Conor McGregor Fights. Chances are Chimaev is significantly tough.

I was surprised by that (Nate vs. Chimaev matchup), He should have been fighting Dustin in my opinion but it is what it is. I hope he does well, Chimaev is a bigger dude he is bigger than Diaz so I don’t know how that’s gonna play out.

I don’t know if Nate can stop a takedown, I doubt that. what happens when Chimaev takes him down I think Diaz will throw submission off his back. I don’t know we will see. But I know one thing if Chimaev gets his hands on Nate then he is taking him down.

I am gonna go against Chimaev, I am going with Diaz I think the odds are against him but maybe we will see another McGregor moment.

I’ll go with Nate Diaz, I love that guy.

So I can see this going one or two ways, one is that Khamzat does what he does like we see it against Gilbert Burns and says screw it throws cautions in the winds and just you know stands in the banks the whole time. and then I think Diaz you know makes it to at least the fourth round and then Khamzat getting tired in a fourth or fifth round gets finished.

What do you think? who wins between Chimaev vs. Diaz? tell us in the comment box beow.