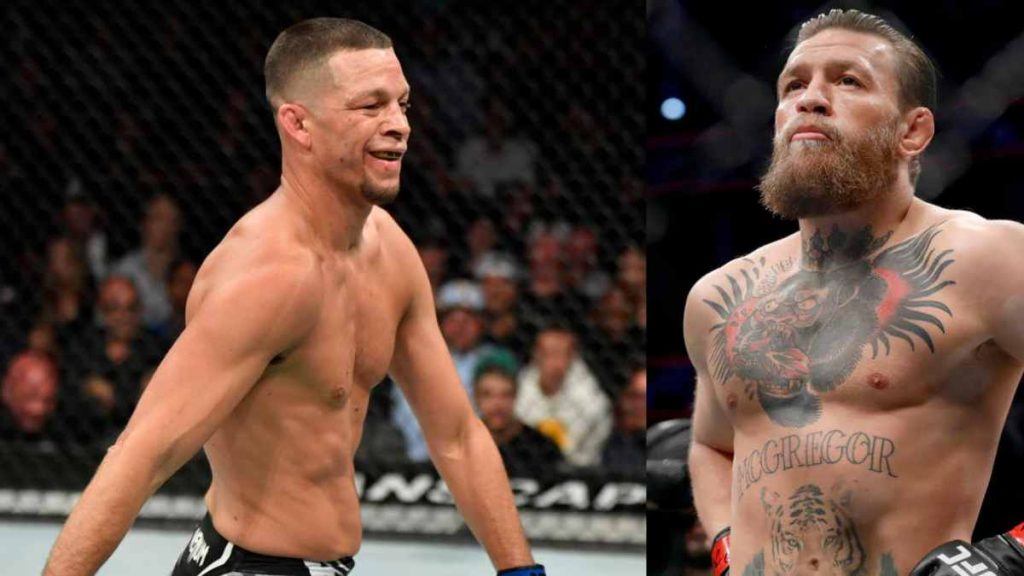 Nate Diaz has once again criticized UFC matchmakers for taking too much time in finalizing his last bout under the active contract.

He also trashed Conor McGregor, by showing no interest in fighting him for the third time.

Nate took it to the twitter make his statement, He wrote, “I been trying to fight everybody and no go what’s the hold up ufc 😡👊🏼 ? I’m not fighting Conor he sucks. I’ll fight some one quit slow rolling me please Thanks”

Nate Diaz was last seen in the action at UFC 263, Where he fought current title challenger Leon Edwards.

It seems clear that, Nate will be fighting Conor whenever Conor comes back. Nate Vs. Poirier where also the potential fight which had a significant hype but it seems like UFC has moved up from that potential bout.

With that being said, Who would you like to see Nate Diaz fighting in his next UFC bout.