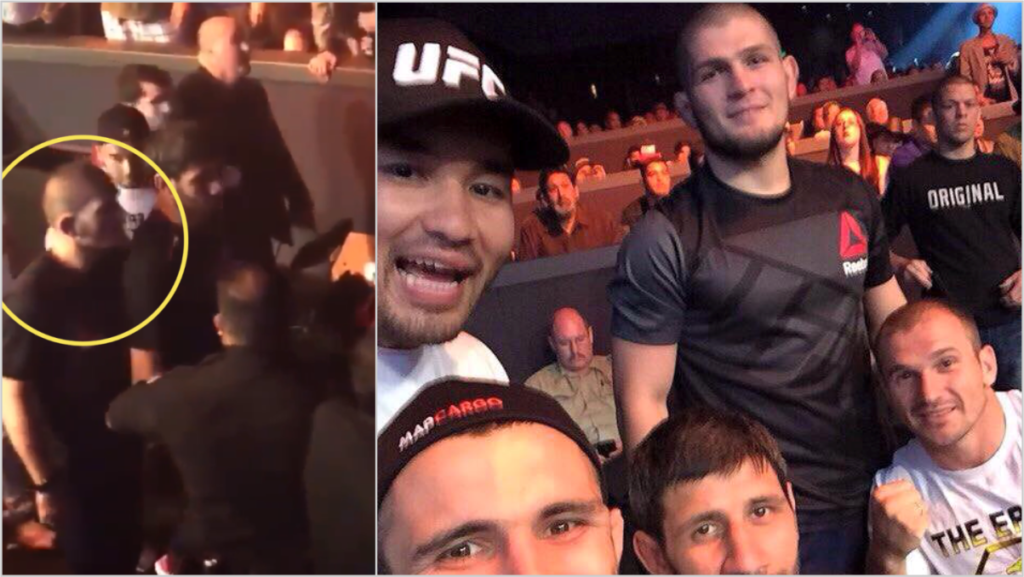 Throwback to the 2015 incident, When Nate Diaz slapped Khabib Nurmagomedov for making fun of him and trying to bully him.

Nate Diaz was at the World Series of Fighting to see his friends fight. However, He had not seen the fight as he was kicked out of the arena due to a clash with Khabib Nurmagomedov and his Russian mates.

“When I ran into him and his team at the World Series of Fighting, they were, they were taking a group picture because I was standing there watching Jake, my friend, fight, and they took a picture. A group picture with me behind him just to laugh at me. To make fun of me, you know what I’m saying.”

Diaz added, “And I’m watching my friend walk out, trying to watch his fight, and then he’s like haha come on man sh*t, haha and they’re all laughing on the, like 12 Russian dudes….. Yeah, I slapped him in his face for making fun of me.”

If you want to watch the full interview, below is the link and timestamp is 50:00

Nate Diaz is currently in the negotiations with Dustin Poirier fight. However, this fight has not been finalized despite the verbal agreements from both fighters. According to Ariel Helwani, UFC is trying to add more fights to Diaz’s contract to keep his door open for the Conor McGregor trilogy bout.