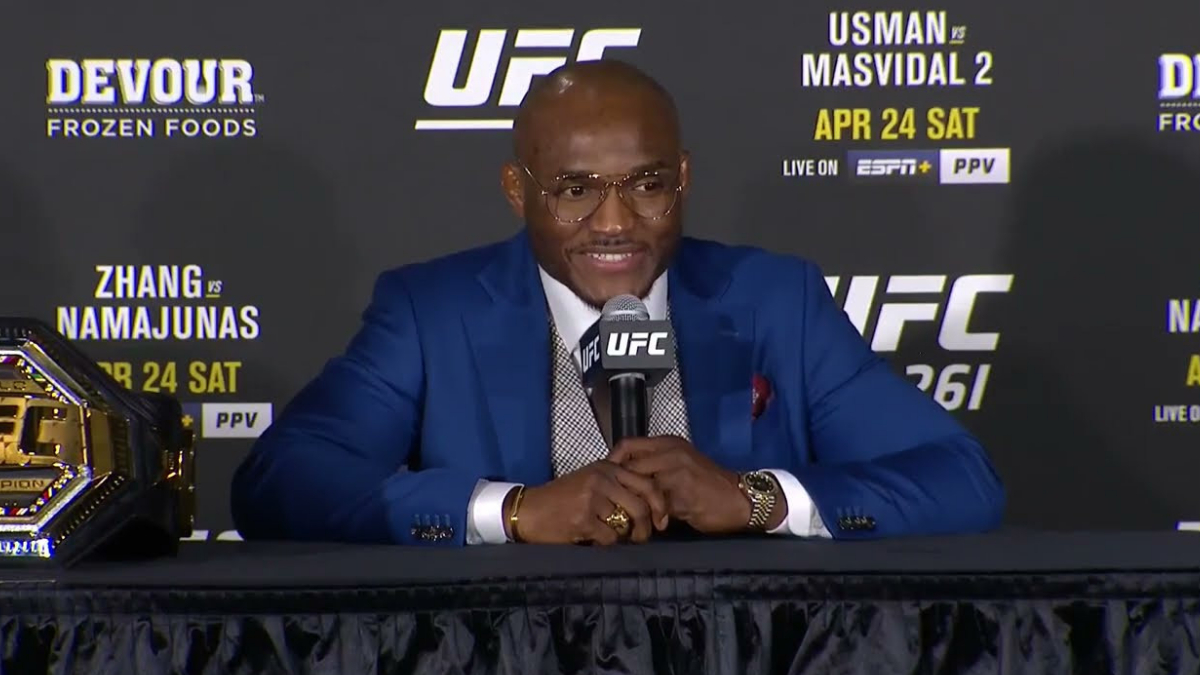 UFC pound for pound king and Welterweight champ Kamaru Usman has confirmed that he will be ringside watching his formal rivals Jorge Masvidal and Colby Covington fighting at UFC 272.

Kamaru Usman has defeated Masvidal and Colby in their previous attempts of capturing the gold.

In an interview with ‘CBS Sports,’ Usman conveyed his views on the Jorge Vs. Colby at UFC 272.

“It’s a good fight. It’s an intriguing fight; other than the Francis Ngannou fight (UFC 270), I haven’t really been to an event to sit and watch in a while. It’s one that I will be there to watch. It’s a great one. I’ll just be sitting there like a proud dad watching my sons fight and do what they do. So I’m excited to watch that one.”

Colby Covington Vs. Jorge Masvidal is considered as title eliminator bout once Leon Edwards gets his title shot.

Kamaru Usman has recently undergone hand ligament surgery, delaying his fight with Leon Edwards. Still, it is being said that he will be ready in July at international fight week.

Both Covington and Masvidal have suffered two losses to Kamaru Usman, and they will need to do something extraordinary to get a third title fight.