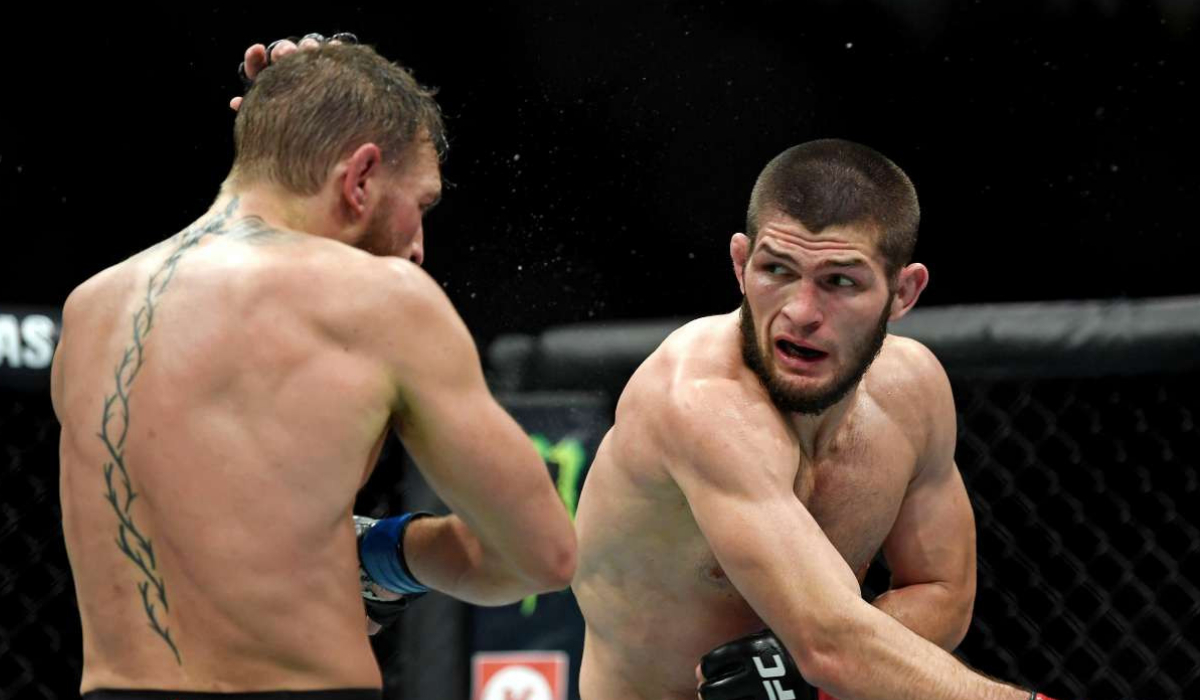 Khabib Nurmagommedov has once again taken a shot against his bitter rival Conor McGregor.

Even after defeating him in a dominating fashion, Khabib Nurmagomedov still has some hate left towards Conor McGregor.

“It was a historical event because of an MMA champion vs. boxing champion, but many people don’t even remember what happened inside the fight.”

Conor and Khabib last fought at UFC 229, Where he defeated Conor to defend his lightweight title. Khabib believes that was the real fight considering what happened before and after the fight.