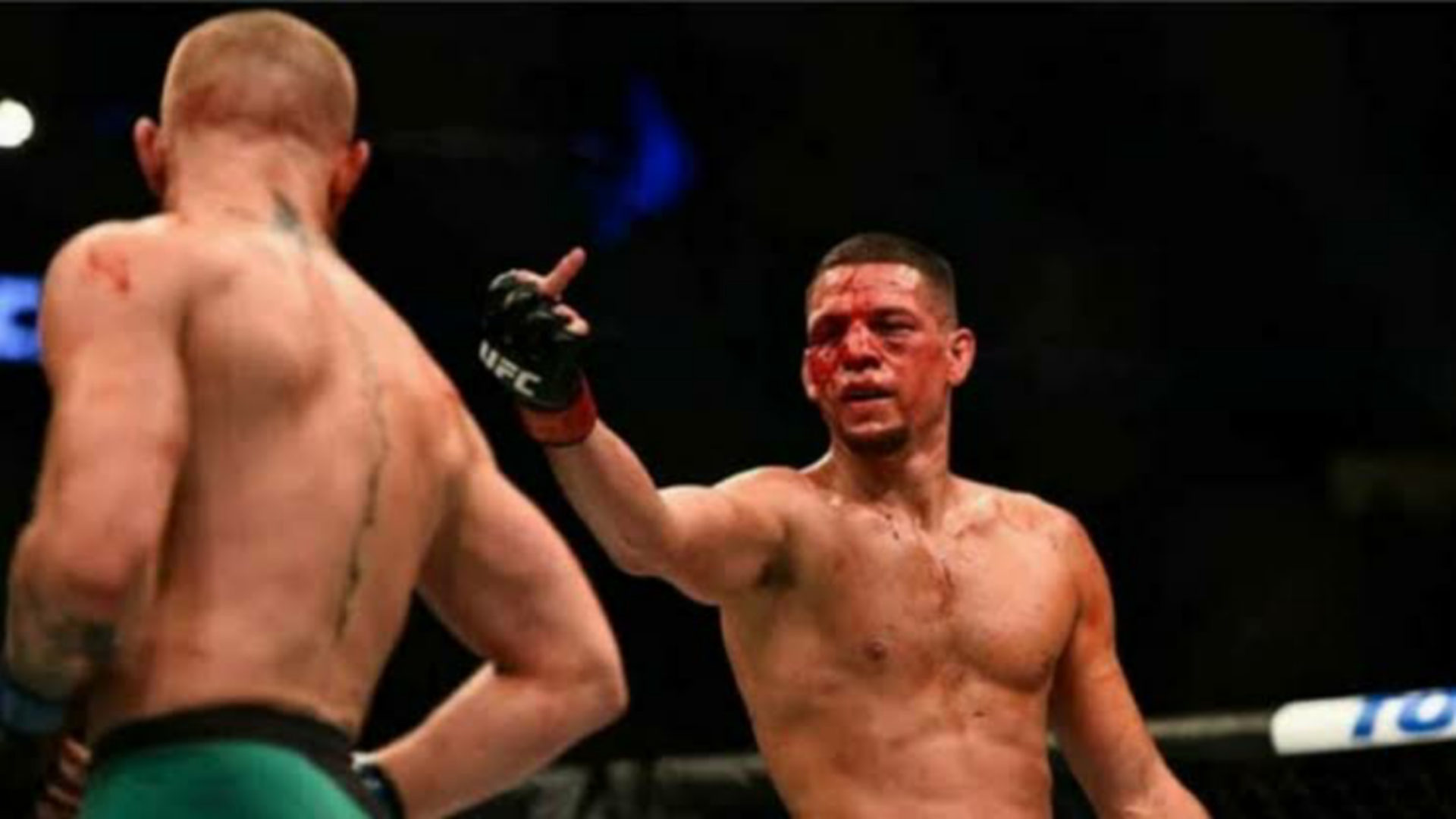 Nate Diaz has again taken a shot at his former rivals Conor McGregor and Jorge Masvidal.

In the first fight with Conor, Diaz shocked the MMA world by submitting Conor McGregor in the 2nd round of their highly-anticipated animosity match.

With the hype of a potential trilogy bout, Nate has taken it to Twitter to remind McGregor and Masvidal how he rules the game.

Nate Captioned, “@TheNotoriousMMA My Boxing’s piss? I banked on your face, turned you into a wrestler, and then choked you bitch. In reality, your whole country and belongings are mine. Plus, I made that fight & you took the bait, then I made Masvidal bitchass, don’t forget I make this whole shit spin.”

Nate Diaz has only left one fight on his UFC contract; with plenty of options on the table, Nate is taking his time to pick his next bout.

However, the UFC has not announced Diaz’s next bout. But is certainly clear that it would be either of Conor, Poirier or Masvidal.