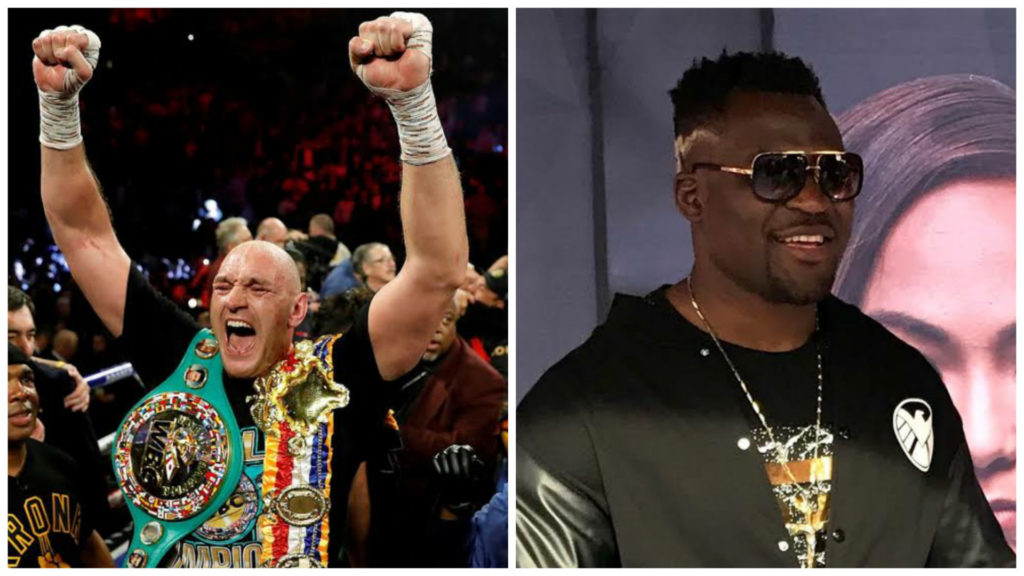 While sharing a fan-made poster Gypsy King wrote this on Twitter, “Who would like to see me fight this beast boxing rules @ufc gloves?”

UFC Heavyweight Champion Francis Ngannou has also made it clear to the UFC that they should include a boxing crossover bout with Wilder and Fury if they want him to extend his contract. Read full story here

Undoubtedly, Fury is a much better boxer than Ngannou. But It changes the equation if he chooses to fight Ngannou with UFC gloves because Francis Ngannou would knock out anybody on this earth in those gloves.

This is not the first time Fury has taken a shot at Ngannou. Previously on multiple interactions, they had talked trash to each other over social media.

“I’ll deal with you and all the other MMA heavyweights when I’m done with my boxing fights.”

Apart from Nganou, Jon Jones would also be a fantastic opponent for Gypsy King. What do you guys think? Let us know in the comment box below.